The Chinese people criticized the transport of C-17 to carry the US delegation to land in Taiwan, urging the government to hold a declaration of red line.

The US Air Force C-17 transportation was carried in the delegation of three US senators landed on Taipei City on Taiwan Island on June 6 and stopped here for three hours. 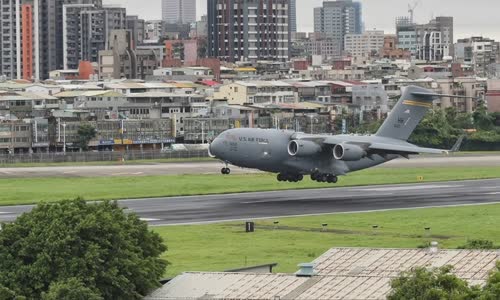 Taiwan media reported that this was the first time the C-17 transport landed on the island since 1995, but Mainland China reacted relatively cautiously.

Chinese communications, including Xinhua, do not report on the visit of American Senators, while the Chinese Foreign Ministry and the Office of Taiwan issues have not commented on information.

This makes many Chinese people strongly react on the Weibo social network and expressed the opinion of Beijing that Taiwan island is the partner of this country.

The US C-17 transportation landed into Tung Son airport in Taipei City on Taiwan Island on June 6.

Our red line is no longer red line.

Many Chinese people call for efforts to prevent the US finding a way to slowly expand relations with Taiwan Island without causing conflicts. 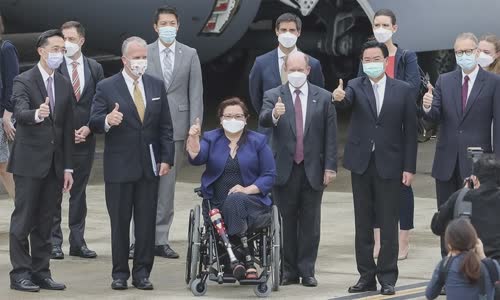 The experts identified the reaction of the Chinese people to set a challenge for the government in maintaining the balance, after many years Beijing criticized intense and strengthen military activities around Taiwan Island to prevent

China's top officials repeatedly declared to prevent what they considered to intervene internal work of other countries.

The situation has never been stable and both China and the US have significant changes in their Taiwan policy.

The US delegation and Taiwanese officials at Tung Son airport of Taipei City on June 6.

China in 2005 passed the Act to affirm the right to use other non-peace and necessary measures to prevent Taiwan to declare independence.

A Chinese diplomatic official in 2017 said a visit to the Taiwan Island of the US battleship could be the campaign to launch an attack campaign.

The Global Times, the Chinese Communist Party's speech, August 2020, the editorial post, said Taiwan's risk of crossing the red line of the mainland and causing conflicts if participating in the agreement on activities 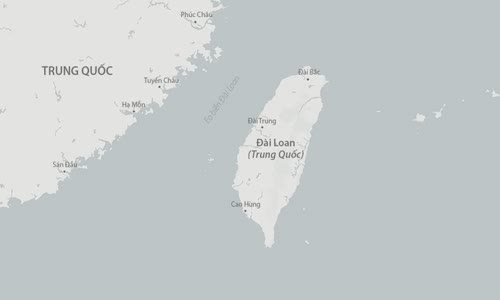 However, the Global Times reacted in a restraint after the landing of the C-17 transport on Taiwan Island, describing this as a collusion between Washington and island officials.

Global Times quoted experts said that the US gave a vaccine to Taiwan to hide military exchange activities with the island, and Beijing could respond by organizing many military patrols near the city

Taiwan Island and Strait of the same name.

Commitment to a vaccine is the latest efforts of US President Joe Biden to reassure Taiwanese officials that he will continue the efforts of the Donald Trump government to expand relations with the island.

Drew Thompson, former officials supervised US defense and defense relations of the US Defense Minister, said the flight of C-17 transport to Taiwan Island is quite consistent with the previous practice, and the visit

The visit to reassure Thai English leaders that the US pays attention to the stability of the two Esasis of Taiwan, and stressed that the island needs to be supported to defend himself, Thompson said.