Jimmy Cherizier, the G9 leader, the Gang Gang raging at Haiti a year ago, the statement was ready for the war after the Moise President's assassination.

We recommend anyone who wants to take advantage of this reversal to carefully carefully, consider whether they have grasped the solutions suitable for the country's problems, Jimmy Cherizier, the Leader 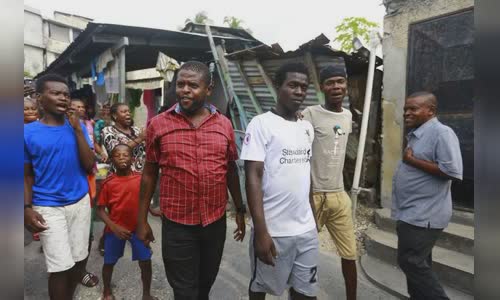 The bossed the nickname of grilled meat, former police and was involved in many murder suspects in Haiti, said that the assassination of President Jovenel Moiser was the plot of the bourgeois and sucking the country.

We will hold the weapon against them and protect the people Haiti.

Nearly half of Port-au-Prince capital is governed by an underground world with more than 30 organized criminals, in which the most notorious is G9 An Fami (Family G9), the Crime Gang Union

Cherizier is the tycoon built G9 in June 2020, running the entire negotiation process between at least 9 criminal gangs in Haiti.

Public opinions and human rights groups argue that the boss has contacted the right-wing party of President Jovenel Moise.

A few days before the establishment of the gang union, Cherizier and the leader of some groups collaborated to attack a series of residential areas at Port-au-Prince, expanding activities to operate and said.

Featured on the target list with LA SALINE, Chancerelles and Fort-Dimanches, which are constantly occurring against government protests. 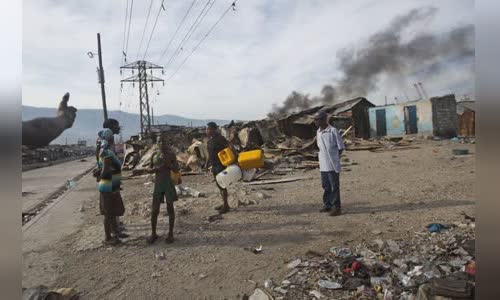 The report of the Haiti National Human Rights Protection Network (RNDDH) evaluates G9 and Cherizier gangs that are supported by Moise President and facilitating operating conditions, with the strategic goal of compartment former President

La Salina slums in Port-Au-Prince were burned in November 2018.

Before emerging the new tycoon of the underworld Haiti, Jimmy Cherizier was an obsessive name with this country's public opinion.

The first case with Cherizier imprint occurred in November 2017, when he was a Haitian national police member.

In a year later, Haiti was shaken with the massacre of La Saline with 71 people killed within 4 days.

The Internal Investigation Report of Haiti Police Department also offered to catch Cherizier with 68 coins with a series of allegations of murder and rape.

Suggest to arrest Cherizier sunk in the national court system. 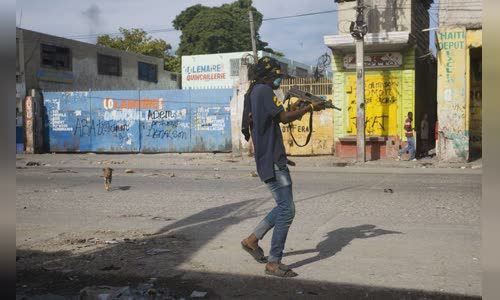 Guns between gangs on the streets of Port-au-Prince in November 2018, near Croix-des-Bossales Market.

Meanwhile, Cherizier denied all allegations and still stood outside the law.

Former Haiti police claimed he was simply the community leader, specializing in money to help the poor, keeping the street clean and protecting the neighbors from criminals.

Unilateral bosses impose a serious command through the slums to lower Delmas.

I never massacred people of the same rangers.

Director of Rnddh Pierre Esperance responded to the hearing before the US House of Representatives in 2019 that organized crimes in Haiti never shallow ammunition because regularly receiving money and guns from powerful officials.

Former Security Minister Haiti Tacite Toussaint in June 2020, each expects to rely on G9 to convince gangs to wash the sword hands.

Cherizier became so powerful that the government decided to shake hands with his alliance.