Japan is about to catch the storm, 'very dangerous'

The Japanese Meteorological Agency warns that Nanmadol is very dangerous towards Kyushu Island, calling for people to evacuate. 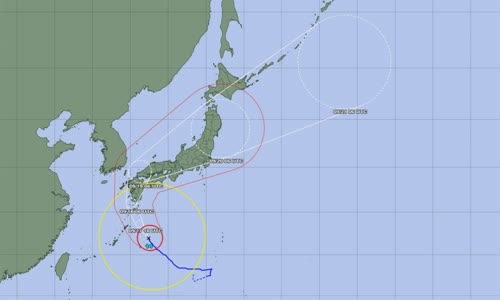 Nanmadol storm moves at a speed of 20 km/h in the Northwest direction, the wind speed is near the center of the storm up to 198 km/h, the highest wind speed of 270 km/h.

Mr. Kurora also said JMA could issue the highest warning to Kagoshima province tonight, and said strong winds could cause some houses to collapse, as well as the risk of floods and landslides.

Japan is in the rainy season and suffers about 20 storms each year.

South Korea is planning to deal in the context of Hinnamnor super typhoon, the most powerful history of this country, preparing to land.

Moon tropical storms landed in the North of the Philippines, injuring at least two people and schools and offices to close.