Masters as workers in pandemics

China in the processing and cigarette roll factory in Ha Nam province, dozens of workers have a master's degree. 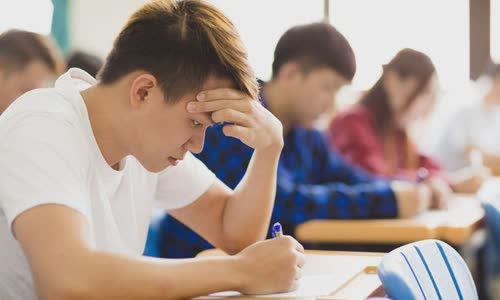 Nearly 1/3 of the 135 new workers are in charge of a master's degree in production line, while the rest are unprocessed students, some from China's prestigious universities, according to the list

A Chinese student takes the test.

Just a few months ago, a private school was also noted for similar reasons - all new teachers of the Primary School of Nan Son Language School of Shenzhen graduated from the top universities in and

These stories have created a lively debate in the context of increasingly fierce job markets, when China trains more and more bachelors every year.

According to the Chinese Ministry of Education, 9.09 million university graduates participate in the job market this summer, a record high in history, up from 8.74 million by 2020.

More than 54% of China's population aged 18-22 has a qualified after high school last year.

This means we have entered the era of universalization of higher education.

As a result, their qualifications have been reduced.

Liu Haotian, the Bachelor of Finance graduated from Shanghai Finance University in 2019, admitted that he had to lower expectations after a year of failing to fail.

At first I targeted financial institutions, but gradually I realized I was not competitive in those places.

But Liu still accepted her because the salary here was relatively good compared to other places he used to apply for a job.

Liu is not the only Bachelor to join the real estate industry in recent years.

More than 60% of real estate business employees in Beijing and Shanghai have a bachelor's degree, according to a report announced at the beginning of this week by the Institute of Scallops, the Research Branch of Lien Gia.

Xiong Bingqi, director of the 21st Century Educational Research Institute, said the number of graduates is not a problem, the problem is a lack of jobs in the field of services, which is the field of attracting many new students.

Therefore, when a college student receives the job that formerly only needs a level of level three to do, whether it will waste talent or not depends on which bachelor has any value for good jobs

If he improves the job and creates innovations, it is not a waste.

But Liu, real estate brokers, said he did not see a degree creating a difference to his work.

When asked what he studied at the university would help with work, he laughed and answered: No.