Myanmar Ambassador in the UK accused the defense attaché to take the Embassy, lock him outside.

The protesters gathered outside the Embassy of Myanmar in Myafair neighborhood, London capital on April 7 with Kyaw Zwar Minn, Ambassador Myanmar in England. 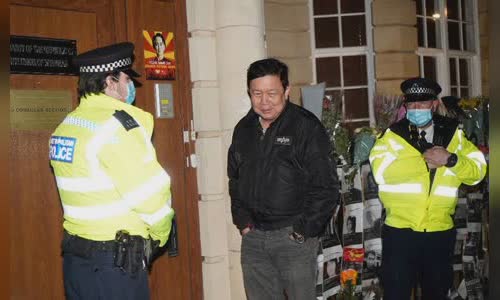 He announced it would be outside the Embassy "all night", explaining "This is my building."

Myanmar fell into chaos since the army arrested the state advisor Aung San Suu Kyi on 1/2.

The Myanmar troops last summoned the Ambassador Kyaw Zwar Minn, after he made a declaration to urge to release Suu Kyi and President Win Myint.

The Ministry of Foreign Affairs, the party continuously criticized the coup, said, "Learn about the situation in the Myanmar Embassy in London".