The EU said coagulation is the side effect of Astrazeneca vaccine

The EU Pharmaceutical Management Agency said that the blood clotting is "very rare side effects" of Astrazeneca vaccine, but arguing that countries should continue to use. 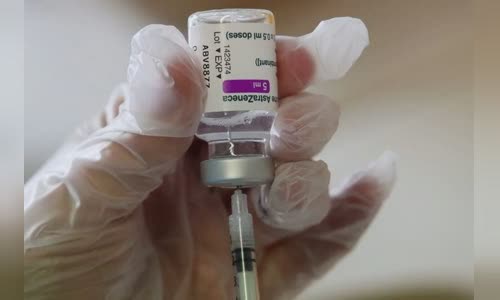 "An explanation for these very rare side effects is an immune response, leading to the same situation as a common type in patients treated with Heparin," EMA said.

Sabine Straus, Chairman of the EMA Safety Committee, said as of April 4, the agency recorded 169 cases of rare brain coagulation in the Astrazeneca vaccine.

Health workers prepare a dose of Astrazeneca vaccine in Belgium on April 6.

The declaration showed that the changing perspective of the EMA, after the agency last week supported the Astrazeneca vaccine and said there was no risk of coagulation due to vaccination.

However, EMA stressed that they believed that people should continue using Astrazeneca vaccine in the epidemic war.

Although many women under 55 years of age meet side effects, making some countries restrict the use of Astrazeneca vaccine for middle-aged and young people, EMA said they cannot accurately identify groups of people at high risk

Canada, France, Germany and the Netherlands are among some countries who stop vaccination for people under 60 years of age, although WHO confirms the benefits of vaccination far beyond the risk.