Philippine people desperately because of the hatred wave in the US

When a Philippine woman was unjustly attacked in New York earlier this week, Patricio Abinales was worried about the future of his family.

What made Abinales, who migrated to the US more than 30 years ago, the most worrying was the 17-year-old daughter who was about to graduate from high school and prepare to college. 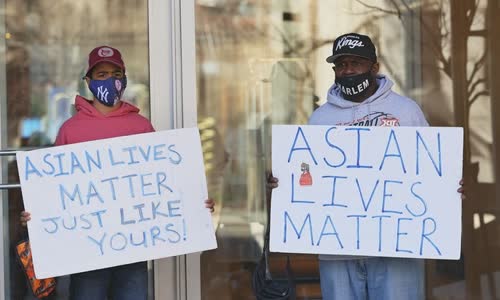 "A lot of schools apply them both on the East Coast, which reported many attacks targeting Asians. That makes her very worried. Therefore, my family is debating whether there is a baby

This does not have to worry about separales.

After the White House on March 30 announced 6 steps the US federal government would do to address Asians' attacks, the Federation of Filipino Associations (NAFFAA) in announcement

"I am very disappointed and worried about the safety of Asian Americans, the Filipino community when listening to this news. Our only deal is the action," Brendan Flores, President Naffaa, said.

However, many analysts do not think that Manila and Washington's diplomatic relationship will change due to the wave of distinguishes for the Filipino Americans, considering a long-term security relationship between the two countries.

Renato de Castro, a professor of international research at De La Salle University in Manila said President Rodrigo Duterte considered the Filipino Americans to be Americans, so feelings for them will not be much because he "has an anti-ideology

"The hatred wave of Asian people is an internal issue of the US and should be resolved in that way," De Castro said.

The Philippine Communications reported densely about Vilma Kari, a 65-year-old woman who left the Philippines a few decades ago, was attacked in New York.

More than two million Filipino people have lived in the United States until 2018, accounting for 4.5% of the 44.7 million immigrants of this American country, according to the estimates of the Migration Policy Institute.

This is a second attack targeting elderly Filipinos reported in New York City this month.

Leon Villavicencio, the Philippine American researcher at a non-governmental organization in Philadelphia, said it was not out since the pandemic outbreak, but still feared about the consequences for Americans

"It makes me afraid to think about going back to the office or returning to the real world, because I might have to find myself to protect myself in front of the attacks," he said and added that they were used to the status.

"I grew up in the place where the only Filipinos I know is my relative. Other Asians here are very few. You always feel yourself lost and different," Villavicencio said.

Villavicencio has had to laugh when they encountered racist jokes in high school to be better integrated with everyone.

However, analysts believe that the difficulties that Filipinos in the US are facing will not prevent the desire to pursue "American dreams" of many others.

Despite the fact that the US colony since 1902 to 1935, the Filipino was still friendly to Americans, even some also joined the US military, according to Abinales.

Richard Chu, Philippine American Professor at Massachusetts Amherst University, specializing in US-Philippines research, said that the Philippine migrants and other countries want to go to the United States can only see the hatred wave of Asian people

"As long as economic conditions in the Philippines are still poor, people will continue to migrate to the US," Zhou said.