The Russian president warned that no country would win if the nuclear war broke out, claiming this would never be allowed.

We start from the fact that no one can win in a nuclear war and this is never allowed to happen. 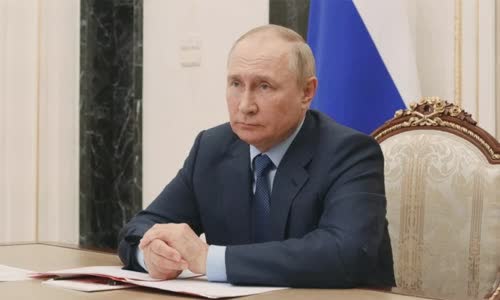 President Putin emphasized that in more than half a century of existence, NPT became one of the important factors of the international security system and strategic stability.

The NPT raises the obligations related to unpopular and eliminating nuclear weapons, using nuclear energy for the purpose of peace to meet the benefits of nuclear powers and countries that do not own this weapon.

President Vladimir Putin at a meeting with the Russian Security Council on July 28.

Mr. Putin expressed his hope that the 10th Test Conference to evaluate the deployment of the NPT to reaffirm the readiness of all member states in strictly complying with obligations, as well as significant contributions to consolidation of operations.

Putin's comment was published after US President Joe Biden said on August 1, saying the country was ready to discuss the new nuclear control agreement with Russia.

My government is ready to accelerate negotiations on the framework of the new weapon control to replace the new strategic weapons reduction treaty (New Start) that will expire in 2026, Biden said.

President Biden affirmed that the discussion needs a partner to be ready to take goodwill and suggest Russia shows his willingness to resume nuclear weapons control negotiations with the United States.

A source in the Russian Foreign Ministry questioned US intentions when making a speech.

The NPT was signed in 1968, legalizing the UK, US, Russian, French and Chinese nuclear arsenal, and at the same time deprived the right to manufacture and own nuclear weapons of other countries.

President Biden said he was ready to discuss the new nuclear control agreement with Moscow, while Russian officials were surprised with this proposal.

The Vice Chairman of the Medvedev Security Council warned that Russia would place many nuclear weapons close to the Swedish gateway, Finland when the two countries entered NATO.