Tensions with Kosovo, Serbia can 'fire' with Russia

The tension between Kosovo and Serbia, a close Russian partner, could open a new front, causing NATO to reduce resources to support Ukraine.

The gunfire and air horn over the weekend rang in northern Kosovo, when the serbian minorities in the area opposed the demand for the license plate given by the Kosovo government. 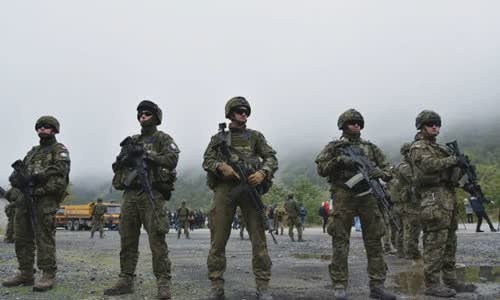 Although Kosovo declared independence 14 years ago, about 50,000 people in the north of this separat area still used the license plate and papers issued by the Serbian government.

While Prime Minister Kosovo Albin Kurti accused Serbia, the expression of the protest opened fire to the Kosovo security forces and increased tensions on the border, Serbia President Aleksandar Vucic announced that the country would never give in.

Vladimir Djukanovic, a member of the ruling party in the Serbia National Assembly, posted on Twitter that Serbia has no choice but the starting of Balkan, just like Russia's statement when launching a special military campaign.

A few hours after the air siren sounded in Mitrovia, north of Kosovo, the Russian Foreign Ministry accused the government in Pristina to shake hands with the US and the European Union (EU) to threaten Serbian minorities.

Kosovo leaders should know that Serbians will not ignore when faced with a direct attack on freedom or deliberately escalating tensions to apply military script, Zakharova said.

Meanwhile, Kfor, a peacekeeping force led by NATO, declared that the security situation in northern Kosovo was tense and ready to intervene if the stability was threatened.

It is unclear whether NATO's forces will take interventions if tensions in the area continue to escalate.

The latest tension at the Kosovo - Serbia border evokes the memory of the Balkan conflict in the 1990s, especially the Kosovo War.

The conflict broke out in Kosovo in 1998, when the separatist of the Liberation Army Kosovo clashed with the Yugoslav security forces and the Serbians under President Slobodan Milosevic.

Since March 1999, NATO intervened with a large -scale air campaign, bombed the targets of the Government and the Serbian army, forcing Milosevic to sign a peace agreement, whereby the Serbian army accepted to withdraw from Kosovo,

9 years after NATO's 78 -day air campaign, Kosovo declared independence from Serbia in 2008 and was recognized by about 100 countries. 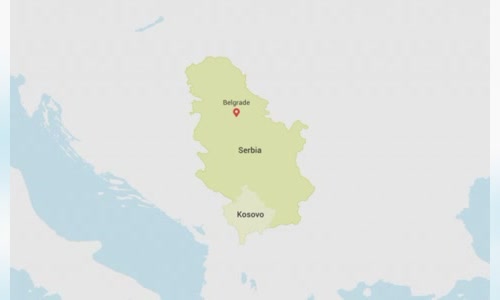 Serbia is a close Russian partner.

In an interview in 2020, Russian President Vladimir Putin revealed that in 1999, he was then the Secretary of the Russian Security Council that approved the campaign to deploy the Paratroach Paratrooper forces in Kosovo.

President Putin later announced he would restore mighty Russia and spent decades to realize that.

Recent visit to Russian Foreign Minister Sergey Lavrov to Africa and the meetings between Putin and the leader of Iran, Turkey all aimed at the US from the position of power they had in 1999, according to Seth J.

Supporting Serbia is a way for Russia to show how everything has changed in the past 20 years, Frantzman said.

Sean Spoonts, Sofrep analyst, said to Putin, tensions in Serbia will be a lost blow, even attracting NATO forces into Kosovo, causing this block to disperse attention and resources

It will be like opening a second political and military front that Putin hopes to blame the US and EU resources, when they have to provide weapons to Kosovo to fight against Serbians, causing the source.

Observers said that the Russian - Ukrainian conflict for more than 5 months is an important factor to blow tension in the region.

Belgrade and Moscow also have the same negative feelings for NATO because of the 1999 air strike campaign, when the current President Vucic was a spokesman for former Yugoslavin President Milosevic.

However, analysts said it is unclear whether Serbia wants to risk the full power into Kosovo again to divide the fire with Russia.

Mr. Vucic's decision in the coming days will be a big test of Russia's efforts for a new world order that is shaping the globe, commentator Frantzman said.