AN-28 passenger aircraft missing in Bakcharsky in Russia's Tomsk province, rescue forces have been searching for search.

AN-28 passenger aircraft missing to the missing Sila airline while flying from Kedrovka village to Tomsk city on July 16. 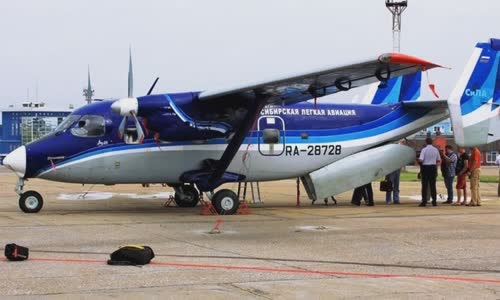 The AN-28 lost contact, then the emergency signal generator system was activated.

The rescue force has met in the Bakcharsky area, where the emergency signal comes from AN-28.

AN-28 aircraft of the airline Sila.

Airlines Sila canceled two flights with An-28 aircraft on July 16-17.

AN-28 is a light-ranked passenger aircraft two engines developed since the 1960s, on the basis of AN-14 multi-purpose aircraft.

Russia's Sila airline was founded in 2008, licensed to transport passengers since 2014. Sila is located at Magadan Airport, about 50 km from the same name of the same name.