The Korean military said North Korea on October 18 fired about 250 artillery shells to the eastern and western waters of the country.

North Korea shot about 100 artillery shells to the western waters at about 22h on 18/10 (20h Hanoi time), 150 fruits to the eastern waters then an hour, the South Korean Chief of Staff (JCS 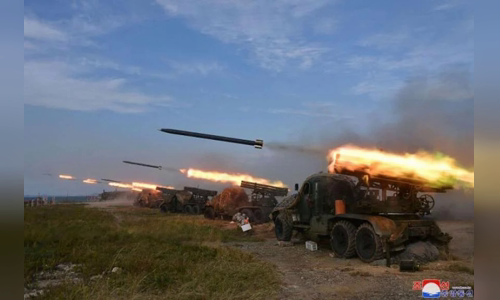 The artillery shells fell into the northern region of the northern route (NLL), the boundary is considered to be the waters between North Korea and South Korea, established in 2018 to reduce military tensions between the two regions.

Shoot artillery shells at the east and west buffer zone is a clear violation of military agreement.

Korean artillery forces during the exercise on October 6.

North Korea's move took place after the Korean army on October 17 began Hoguk's annual exercise with the United States, in order to enhance the ability to cope with nuclear and missile threats from Pyongyang.

The tensions of the Korean peninsula recently escalated when Pyongyang continuously conducted missile launches on the reason for response to the joint exercise between Washington, Seoul and Tokyo.

The United States and many allies condemned a series of North Korean missile launches, considering it a provocative and instability. 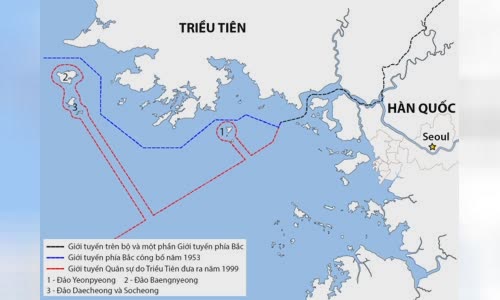 US and South Korean officials also said that North Korea has completed the preparation for the 7th nuclear test.

The Korean intelligence said that North Korea could test the nucleus in the period from October 16 to November 7, near the midterm election in the US.

The northern route and the military route on Hoang Hai.

The Korean and US military organized Hoguk annual exercises, designed to enhance the ability to cope with the North Korean nuclear threat.

The South Korean President's Office maintained its continuous duty in the context that North Korea was predicted to conduct the 7th nuclear test.