The image on the social network shows the Taliban members hugging the duck cycling gun, after being seen in the park last month.

The Daily Star on September 19 reported that the Taliban warriors were discovered with ducks in the Lake National Park Band-E Amir. 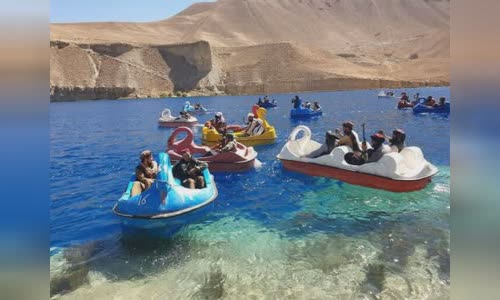 Some Taliban members seem to hold light-class weapons and at least one warrior to bring RPG-7 anti-tank guns.

Many social network users are interested in this image.

After taking control of Afghanistan in August, the Taliban was judged to build an image of a new government, unlike Khot Khot from 20 years ago.

The leader of Taliban Khalil Ur-Rahman Haqqani confirmed that force did not hate anyone because they were all Afghanistan and advised people not to fear this force.