The Taliban Government's moral agency in Helmand Province forbade shaving barbers for men and playing music in the salon.

People are announced urgently that from today, shaving, playing music in the barber shop and public baths will be banned. 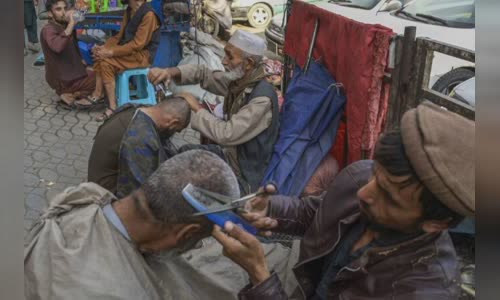 The new regulation is one of the latest limitations posed with Afghan people, based on the way Taliban to lead Sharia Islamic law.

Barbers on the streets of Kabul, Afghanistan, on September 22.

After taking control of Afghanistan, the Taliban announced that it would take softer management measures with the previously carved mode, but still in the framework of Islamic law.

Although it is committed to ensuring all women's rights, the Taliban's new government has absolutely no women's appearance.