Chinese media said Kovrig and Spavor were bail for medical reasons and guaranteed by the Canadian Embassy.

After confirming the relevant parts of the same diagnosis from the professional medical facility, under the guarantee of the Canadian ambassador to China, the People's Court of Intermediate No. 2 Beijing and the Court of People's Court 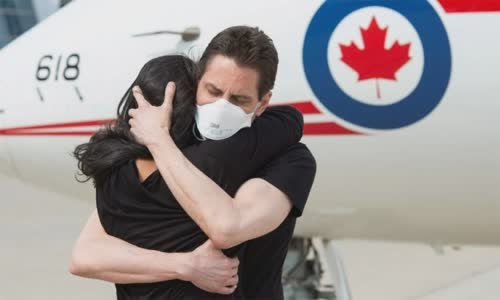 Both Canadian citizens have pleaded guilty, writing a confession hand letter and expressed the repentance, the article had a paragraph.

Michael Kovrig hugged his wife after going to Pearson Airport in Toronto, Canada on September 25.

Kovrig and Spavor were released several hours after Huawei Financial Officer achieved an agreement with US prosecutors and was allowed to leave Canada on September 24.

Chinese communications brought about the allegations in Spavor and Kovrig, with their hearing, but almost did not mention the release of these two Canadian citizens.

On the Chinese social network, some people share Spavor and Kovrig are released on foreign media and wonder why domestic communication does not mention.

The whole incident is a political agreement between countries. 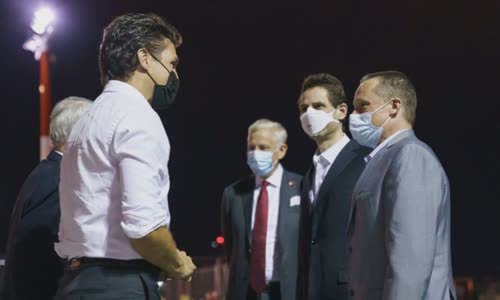 Canadian Prime Minister Justin Trudeau (white shirt, on the left) to receive two citizens Michael Kovrig and Michael Spavor at the airport on the morning of September 25.

Chinese media also posted a strong writing on Wechat, in which she expressed her desire to return to the bracelet of the greatest country, and thank the leaders to help her be free and bring the country to become

Xinhua describes a strong return of a great victory of the Chinese people.

The central disciplinary inspection committee, the Chinese Communist Party's discipline supervisor, accusing the US tries to hinder China's development with finding a way to lead a strength.