Taliban wants to speak at the United Nations 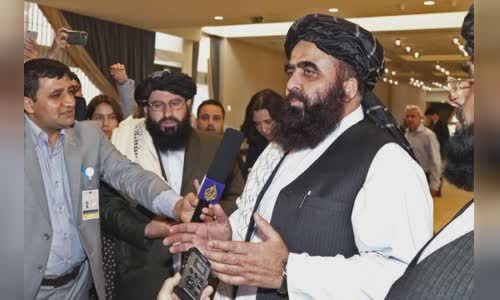 The letter does not specify whether Muttaqi wants to go to New York to speak or Taliban will send video messages as many leaders in this year's session due to Covid-19 pandemic.

The letter also pointed out that Ghulam Isaczai no longer represents Afghanistan, and nominating the Taliban spokesperson in Qatar, Suhail Shaheen as a permanent representative of Afghanistan in the United Nations.

Isaczai is the Ambassador at the United Nations of the Afghan Government, which has been submitted by the Taliban last month.

The letter titled Afghan Islamic Emirate, the Ministry of Foreign Affairs said that former President Ashraf Ghani was overthrown on August 15, the day he left the country.

The United Nations spokesman also said General Secretary Guterres received ISACZAI's own letter, on September 15, mentioning the Afghan delegation list to attend the meeting and pointed out that Isaczai was the permanent representative of Afghanistan.

A diplomatic source said the Commission once refused to decide the representative party of a country and transfer to the General Assembly to vote.

There are no countries that recognize the Talibanian government, but some countries have positive moves, including Pakistan.