The situation is so serious to the level of alarm-ready alarm (Defcon) level three is maintained in the entire US base around the world.

Defcon 3 is the level of ready to fight on the usual level, which requires the US Air Force to deploy the strategic nuclear force within 15 minutes from the order.

Strategic Air Force Commander, unit in charge of the majority of US nuclear weapons, raised to defcon 2. This status is described as a nuclear war, which requires all available forces

During this time, every soldiers are very stressful and waited for the crisis to be resolved, though military or peaceful measures.

This is what happened night October 25, 1962, when an incident at the Duuluth air base was almost led to World War III.

That night, a guard discovered the suspicious black shadow, seemingly trying to climb over the fences around the base.

Assuming that this is the Soviet Union who is seeking to penetrate the base, the guards immediately exploded and trigger the alarm system connected to nearby bases to notify the incident.

A black bear climbed over the airport barrier in Anchorage, Alaska in August 2018. 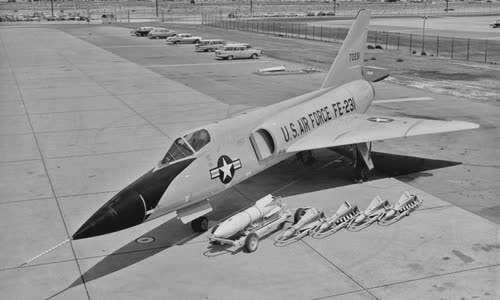 Fortunately, the guard quickly realized that suspicious man was just a black bear and the alarm command was canceled in most bases, except the Volk Field Air Base about 320 km away.

The base is built rushed to be a place to build an unit of F-106 interceptor to deal with the Cuban missile crisis, so there is no control tower without saved.

Instead of triggering a alarm bell with a base intruder, the signal from Duluth has moved to the Ex-Alarm Alarm system in Volk Field, requires pilots to fight fighting.

The pilots believed that the nuclear war began.

The bear incident is just one of the examples that showing small mistakes in stressful situations can also start the nuclear war destroyed.