The future of the ruling party in the post -Abe period

The Liberal Democratic Party (LDP) rules and Prime Minister Kishida can promote the change of the Constitution and increase the defense budget to write Abe's heritage.

The ruling coalition of the Liberal Democratic Party (LDP) consolidated the majority in Japan two days after former Prime Minister Shinzo Abe was assassinated in Nara City on July 8. 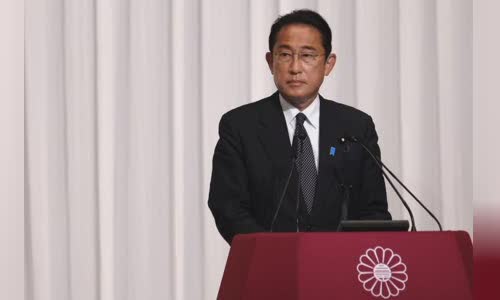 The international situation is complicated, combined with the desire to continue writing the heritage of seniors as well as the internal political movements of LDP can motivate Mr. Kishida, who has a peaceful stance, promoting policies.

Japanese Prime Minister Fumio Kishida, leader of the Liberal Democratic Party, on July 11, spoke at the Party headquarters in Tokyo after receiving the Senate election results.

Mr. Kishida wants to spend 6,000 billion yen (about 45 billion USD) for the next defense budget, an increase of about 11% compared to the defense spending plan last year, a LDP parliamentary close to Mr. Abe revealed to Reuters.

If this goal is achieved, conservative politicians in the Party will support Prime Minister Kishida and he will definitely take the long -term power, the parliamentary anonymously said.

With a 10% increase in defense budget per year, the Japanese government's military spending has the opportunity to reach 2% of GDP before the end of this decade.

China, Japanese neighbors on the other side of the East China Sea, are pouring money 4 times for national defense, according to the 2021 analysis of the Stockholm International Peace Research Institute.

The support from the conservative faction is important for Prime Minister Kishida's action plan.

When he took office last year, he announced his pursuit of a series of economic policies different from the new type of free theory under Abe.

Most LDP MPs are Seiwa members.

Therefore, attracting the support of Seiwa members in LDP will be a top priority for Prime Minister Kishida, ensuring his program is carried out smoothly in the middle of the vague period. 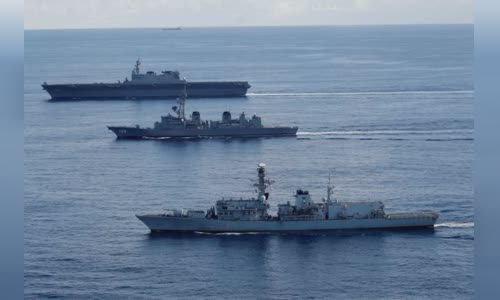 Christopher Johnstone, a leader of the Japanese research department of the International Center for Strategy and Research (CSIS), said that the current situation is favorable for Mr. Kishida to promote defense spending.

Robert Ward, a leader of the Japanese research department at the International Strategic Research Institute (Iiss), agreed with the comment that Kishida was given a green light on the budget for defense capacity.

According to the process, Mr. Kishida needs to announce the expected increase in defense spending before the end of August. The final figure must be approved by the cabinet at the end of the year.

Katsutoshi Kawano, former chief of the Chief of Staff of the Japanese Defense Force (JSDF), also wants the government of Mr. Kishida to spend more strongly for national defense.

The effort to write the Abe policy heritage may not stop at the defense budget.

Prime Minister Kishida also said that some factors in the Constitution, built after World War II, were backward, incomplete and needed to organize discussions to adjust.

After the first election season, Mr. Abe, LDP announced that it would take advantage of this victory to accomplish the unfinished goals of the late Prime Minister, notably reform the Constitution and strengthen the national position about

We have just retired from a great leader.

As the Prime Minister in Japan, Shinzo Abe tried to revive the country with fierce economic policy and advocated to strengthen military strength.

The assassination of Shinzo Abe, who has a great influence in Japan, leaves a large gap that is hard to compensate for politics and democracy.