The motivation to motivate Ms. Pelosi to visit Taiwan

Pelosi's visit to Taiwan seems to be an effort to support the Democratic Party, besides the message of supporting the island, according to experts.

Immediately after arriving in Taiwan on the evening of August 2, US House of Representatives Nancy Pelosi announced that the visit to show the US commitment to support the island's democracy. 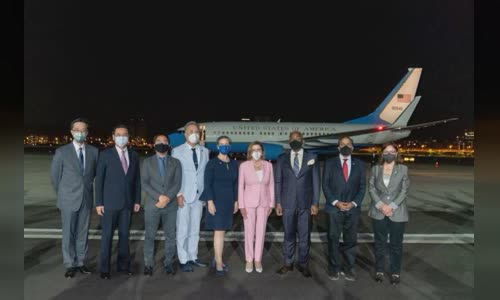 However, Bryce Wakefield, CEO of the Institute of Australia International issues, said that when making a visit between Chinese warnings and threats, Pelosi seemed to want to create a new motivation for the Party.

Although the message covering the visit is to support Taiwan, it seems like an attempt to calculate and controversial to increase the votes of the US voter before the midterm election, Wakefield expert told VnExpress.

The visit was performed by Pelosi in the context of the rate of voters supporting the Democratic Party, when the US economy was heavily affected by inflation and gasoline prices.

The Chinese Ministry of Foreign Affairs immediately released a statement against and condemned Pelosi's visit to Taiwan.

The government of President Joe Biden is said to have opposed Pelosi's visit to Taiwan.

According to Wakefield, Pelosi's actions are at risk of counterproductive risk if she is really calculating for the three -month election.

President Biden sent the message very clearly that he was not satisfied with this visit.

Australian expert rated Pelosi's visit to a tough message to China and swirled into the political difference between Washington and Beijing.

Wakefield noted the message of challenging China and praising the American political model of Ms. Pelosi is at risk of making the governments of countries in the Indo -Pacific region more far away from the United States, while Washington is in great need. 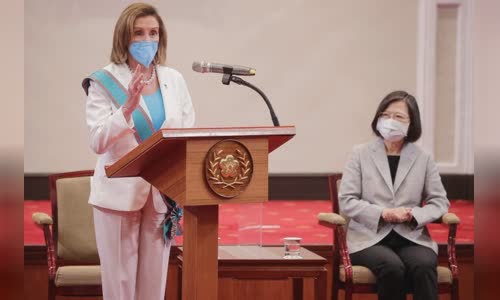 According to international political expert Nguyen Thanh Trung, Lecturer of Fulbright Vietnam University, in addition to domestic political motivation, Pelosi's visit is also considered as a measure to prevent diplomacy towards China in the issue of the station.

Pelosi's visit to both Taiwan and mainland China that the island is still very important in the US foreign policy in the region.

The US House of Representatives seemed to prove that Washington did not abandon allies and traditional partners in the region, despite strong pressure from Beijing.

The Chinese military said the country was in a high alarm and ready to launch a series of military actions with a specific message to respond to the visit.

The Taiwanese defense agency said more than 21 Chinese military aircraft flew into the island's air defense area on August 2, but no unexpected incident occurred during this time.

Mr. Trung predicted the situation in the Taiwan Strait is likely to increase heat in the near future, but Pelosi's visit is difficult to make a significant change in the status quo.

Despite tough warnings, China is likely to continue to show patience in Taiwan.

China continues to consider the US as the largest and most potential market, based on this market to develop more economically stronger, aiming to become the world's number one power in 2049. China will not