During the talks with Cuban Prime Minister Manuel Marrero Cruz at the Government headquarters today, Prime Minister Pham Minh Chinh said that the decision to support rice showed the spirit of supporting traditional brothers between the two countries. 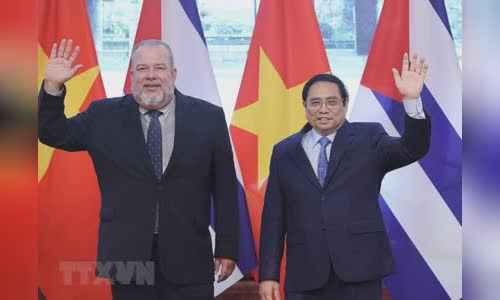 The two sides also agreed to create favorable conditions for businesses to invest and invest smoothly in the fields of infrastructure development of industrial parks and tourism infrastructure, production of construction materials, consumer goods, renewable energy

Regarding international and regional issues, the two Prime Ministers agreed to continue consulting, coordinating and supporting each other at international organizations and multilateral forums, supporting disputes by harmonies.

In September 2021, President Nguyen Xuan Phuc visited Cuba, a visit of the first foreign head of state to Cuba since the Covid-19 epidemic broke out.