The strong 7.2 -degree earthquake shook the southeastern island of Taiwan, causing US and Japan officials to warn the tsunami.

The US Geological Survey (USGS) announced a strong 7.2 -degree earthquake that occurred at a depth of 10 km in the land area with few people in the southeast of Taiwan Island, about 50 km from the city of Taiwan. 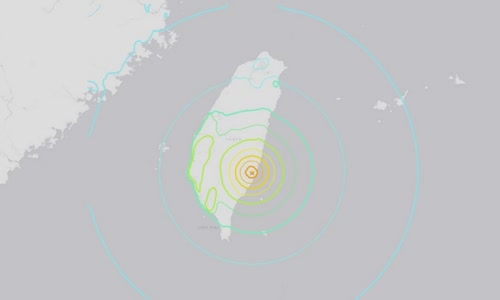 The concentration position in the earthquake in Taiwan on the afternoon of September 18.

Warning the tsunami threat was later emitted by the USGS, indicating the coastal areas within a radius of 300 km around the trauma may be affected by the tsunami, but unknown level of danger.

Taiwan is located near the intersection of two tectonic areas and is prone to earthquakes.