China accuses US Secretary of State of "lying"

In an interview on Fox News, US Secretary of State Mike Pompeo said that Beijing was "wasting precious days" by letting hundreds of thousands of people leave the center of the Wuhan epidemic around the world, including Italy. , the country with the number of people dying of nCoV surpassing China. 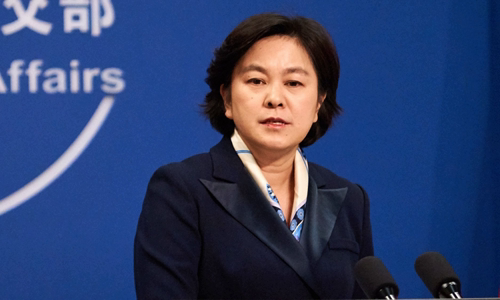 "China has acted improperly and put countless people at risk for that," Pompeo said.

Chinese Foreign Ministry spokeswoman Hua Chunying responded furiously on Twitter, accusing the US Secretary of State of "lying". "As WHO experts say, China's efforts have helped stop hundreds of thousands of cases," Hoa said on Twitter.

She said China first informed the United States of the outbreak of Covid-19 on January 3 and the State Department warned citizens in Wuhan on January 15. "And now you're going to blame China for trying to delay? Are you serious?" Wrote Ms. Hoa.

The strained relationship between the United States and China became more serious when Covid-19 occurred. The US last week summoned Ambassador Cui Thien Khai after a Chinese Foreign Ministry spokesman accused the US military of "bringing nCoV to Wuhan".

US President Trump recently continued to taunt Beijing when repeatedly calling nCoV a "Chinese virus". The White House boss insists this is the right name because the disease was first detected in China, adding he attached "China" to the virus name to combat the misleading campaign of information by Beijing officials. .

Covid-19 originated from Wuhan, China in December 2019, appeared in more than 180 countries and territories. The United States and China have been constantly arguing about epidemics recently. China currently records more than 80,000 nCoV infections, more than 3,000 deaths, while the US has detected more than 14,000 infected and more than 200 deaths.