Dozens of Chinese military planes and Chinese warships rehearsed for two consecutive days near the Dongsha archipelago, prompting Taiwan to deal with fighters. 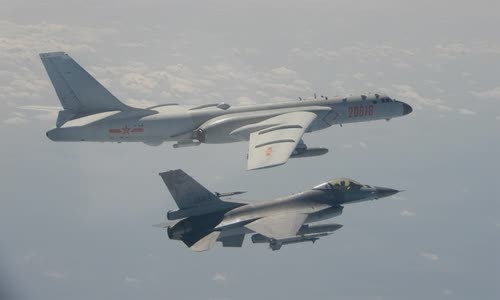 This is the second consecutive day the Chinese Air Force has deployed a maneuver force near the Dongsha Islands.

The Taiwan Defense Force gave a warning to the Chinese army's aircraft, asking pilots to leave the area and deploy the missile system as well as the fighter to monitor.

China did not comment on the information, but previously stated that the exercises near the island of Taiwan were in response to "collusion" between Taipei and Washington and to "protect China's sovereignty".

A spokesman for the US State Department on February 20 reiterated his call for China to "stop exerting military, diplomatic and economic pressure" on the island of Taiwan and "engage in meaningful dialogue" with

The Dongsha Islands are located in the northern part of the South China Sea, controlled by Taipei, but Beijing also claims sovereignty here.

The Chinese aircraft's overwhelming attacks on Taiwan came after the island announced the reorganization of senior security officials, including the appointment of the head of the defense agency and a new security agency.

China has always viewed Taiwan as a part of territory awaiting reunification, claiming to use force if necessary.