The Libyan Interior Minister was repeatedly fired by gunmen while his car was traveling on a highway near the capital Tripoli, but managed to escape.

"His convoy was shot from an armored vehicle while on a highway," said an official close to Libya's Interior Minister Fathi Bashagha today. 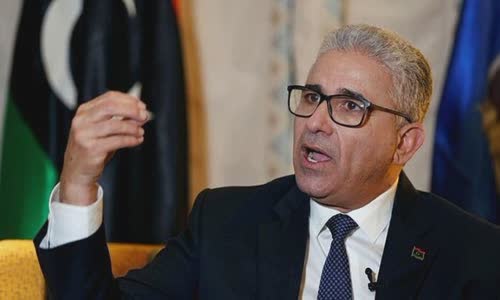 Attackers fired repeatedly on convoys west of the capital Tripoli, after Bashagha visited the National Petroleum Corporation and the ministry's law enforcement headquarters.

"Two of the attackers have been arrested, the third is in the hospital," he added, adding that Mr. Bashagha was uninjured and healthy.

Bashagha is a powerful politician in Libyan politics.

Libya plunged into civil war after the leader of Muammar al-Gaddafi was overthrown in a Western-backed insurgency in 2011. The current bloody war takes place between the National Government of Libya (GNA), under the United Nations

Bashagha once considered a person who could lead a new interim government in the United Nations peace efforts led after the 10th month's ceasefire.