The Queen of England was given the first Covid-19 vaccination by a doctor in Windsor Castle.

"The Queen and Duke of Edinburgh have been vaccinated with Covid-19 today," a spokesman for Buckingham Palace announced on January 9. 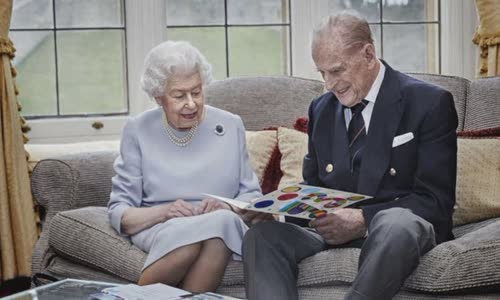 Queen of England and her husband at Windsor Castle in November Photo: Independent

It was unusual for the Palace to provide information about the Queen's and Her Majesty's own health issues.

The Queen of England, 94 years old and Prince Philip, 99, are both on the government's recommended vaccination list.

About 1.3 million Britons received the first dose of Covid-19 vaccine, including one-fourth of the elderly, vulnerable patients.

Queen Elizabeth and Prince Philip were at Windsor Castle during the British blockade, after deciding to spend a quiet Christmas holiday at her Berkshire mansion, skipping the traditional annual family gathering

In the US, many influencers have been vaccinated publicly, including President-elect Joe Biden in December 2020.

The disclosure of the Queen and Prince's vaccinations could increase confidence among the British public in the vaccine.

The British government on January 8 approved another Covid-19 vaccine, a vaccine from the American company Moderna, which had previously used vaccines Pfizer / BioNTech and Oxford / AstraZeneca.

Britain is the fourth largest epidemic region in the world with nearly three million cases and nearly 80,000 deaths.