The suicide squadron of Nazi Germany

Nazi Germany once set up a suicide squad to salvage the last hope in World War II, but did not change the outcome of the situation.

"I volunteered to join the suicide unit as a guide bomber. I am fully aware that participating in this activity will lead to death," the oath of the applicants posted 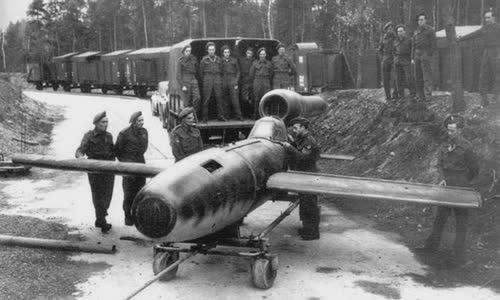 During the war, more than 70 volunteers signed up to join this suicide squadron.

During World War II, the Japanese empire was famous for its "Than Phong" pilots who drove planes directly into American warships to attack suicide.

The proponent of this idea was Lieutenant Colonel Otto Skorzeny of the SS, called "Europe's most dangerous man" by the Allies for organizing daring raids, with air force officer Heio Herrmann.

Squadron 5 is also known as squadron Leonidas, after the king of Sparta, who legend has it that led 6,000 Greek soldiers to fight and die heroically at the Battle of Thermopylae in 480 BC.

The first step to do is to decide the type of aircraft used to destroy enemy equipment and infrastructure.

In addition, not everyone in the German Air Force was as passionate about the project as Reitsch was.

Instead, Baumbach advocated the use of the Mistel integrated bombing system, also known as "Father and Con", which consisted of a light fighter mounted on top of a loaded unmanned Ju-88 bomber.

However, the Mistel system moved quite slowly, easily becoming "prey" for the Allied fighters, deployed cautiously on the Eastern and Western fronts, and was not used.

As the German Air Force command was constantly debating and unable to reach a consensus on the most effective weapon, the Leonidas squadron did not become a formidable fighting force.

The targets of the German suicide pilots were bridges across the Oder River built by the Soviet Red Army.

Despite causing some concern to Red Army units, the Leonidas squadron was incapable of becoming a serious threat.

On April 21, 1945, the Soviet army entered the town of Juterbog in Germany, where the suicide squadron base was located.