US released prisoners due to Covid-19 fears

Some prisons in the US release "vulnerable" prisoners after nCoV cases appear in detention facilities nationwide.

Officials in Los Angeles, California, said on Tuesday that about 600 prisoners had been released in the past two weeks. "Prison prisoners are vulnerable, no matter who they are, so we have to protect them from the risk of infection," Los Angeles police chief Alex Villanueva said earlier this week. 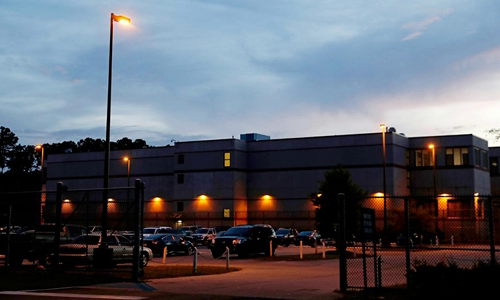 New York Mayor Bill de Blasio announced on March 18 that he would release "vulnerable" prisoners from the disease. The announcement was made by Mr. Blasio just hours after a prison officer and a prisoner at Rikers Island prison were positive for nCoV.

Sing Sing Prison, New York also recorded nCoV-positive prisoners and a prison officer who died from the epidemic, but there were no statistics on the number of infections and deaths from Covid-19 in prisons across the United States. .

Los Angeles County has the largest prison system in the world, holding about 22,000 prisoners. Villanueva said the number of crimes arrested in the county also decreased 5 times in the context of complicated Covid-19. Cuyahoga County Prison, Ohio also released hundreds of prisoners due to disease concerns.

Federal agencies in the United States also suspended most arrests and deportations of offenders. Judges in the US held an emergency session over the weekend to discuss amnesty options or an agreement to allow prisoners to be released early or not in jail. Some states also prohibit relatives from visiting prisoners to prevent nCoV from spreading.

Prisoners are considered the most vulnerable in the epidemic, due to the lack of toilets in cramped cells. People who are handcuffed cannot cover their mouths when coughing, sneezing, and sinks often lack soap and disinfectant.

The United States is one of the countries with the highest number of prisoners in the world, with 2.3 million people throughout federal and local prisons. The country recorded more than 14,000 infections and 217 deaths.