The Shanghai Court sentenced the billionaire Tieu Kien Hoa to 13 years in prison for the allegations of causing damage to national financial security.

In addition to prison, billionaire Tieu Kien Hoa was also sentenced to 960,000 USD by the First Intermediate Court of 960,000, while his Tomorrow Group was fined a record amount of 55.03 billion yuan (8, 8, 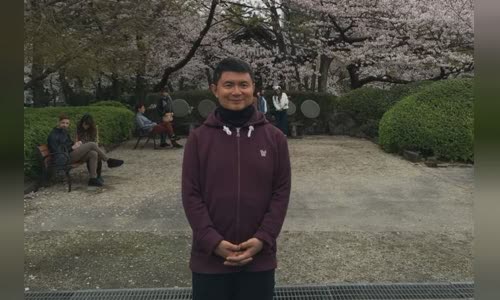 The court said that Mr. Tieu and the Group bribed with stocks, real estate, cash and other assets for government officials with a total value of nearly US $ 100 million, in order to evade financial supervision activities and

Shanghai First Intermediate Court said that the sentence with pepper was slightly reduced because the defendant admitted the charges and cooperated with officials in overcoming damage.

After graduating and entering the financial field, Tieu has received investment from Beijing University for a business project.

Tieu's assets increased rapidly, partly thanks to his successful cultivation of relationships with government officials.

Tieu seemed to be classified as Tigers in Xi's anti -corruption campaign.

In January 2017, he was removed from the Four Seasons hotel room and returned to mainland China to investigate.

The People's Bank of China then identified Tomorrow Group as one of the financial joint stock companies that need to be carefully considered for the ownership structure, related transactions and funding.

Once called a child prodigy when he passed the University of Beijing at the age of 14, Tieu Kien Hoa built a billion -dollar business empire, before being arrested.