The Russian Governor accused Ukraine with PFM-1 butterfly mines after the shelling against the Belgorod border province, making it impossible for people to go home.

A PFM-1 mines in the deployment state.

Gladkov said a series of butterfly mines were discovered after the Ukrainian army shelled Shebekinsky in May. Local officials did not allow people to return home because there were still many scattered mines.

We have to do everything to ensure the lives of adults and children, Governor Gladkov said, and warns people to be careful when traveling on the street.

The information was released on the same day, the bullet exploded and caught fire near the Timonovo village in Belgorod province, causing the people of the two villages to evacuate, but did not cause casualties.

The Ukrainian army has not commented on the allegations of spreading butterfly mines in Belgorod province.

Since Russia opened a military campaign in Ukraine, the Kiev was allegedly attacked the settlements and border control stations in Belgorod, Bryansk and Kursk areas of Russia, bordering with Ukraine. 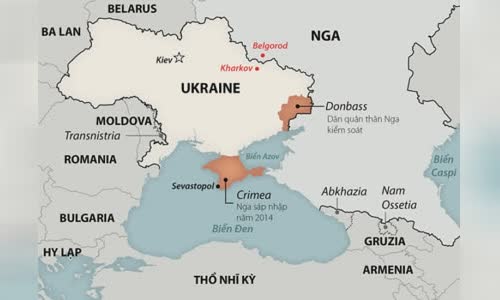 PFM-1 mines were developed from the Soviet era, which could be deployed in large quantities with artillery shells and mortars, helicopters and aircraft.

Each mines contain 40 g of liquid explosives, cannot be removed and can only be destroyed by explosive blocks or mechanical impact.

The bullets exploded and caught fire near the Timonovo village, Belgorod province of Russia, causing the people of the two villages to evacuate, but did not cause casualties.

At least three people were killed and dozens of houses were damaged by explosions in Russia's city of Belgorod near the Ukrainian border.