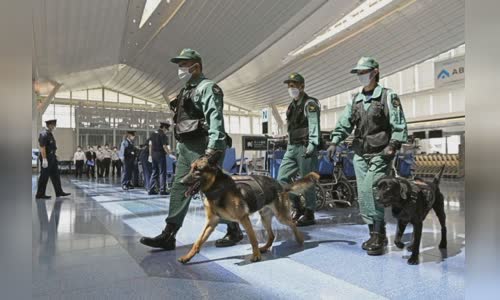 This is the first major event after Japan applied new security rules after the assassination of Mr. Abe.

Police and dogs patrolled in Tokyo before the funeral ceremony of Mr. Abe.

The funeral committee spends a separate area for people to place flowers to commemorate Mr. Abe at the nearby Kudanzaka park.

The people who visited Mr. Abe were required to prepare flowers and leave nothing else.

The funeral of Mr. Abe is expected to last for 1 and a half hours.

Prime Minister Fumio Kishida, Chairman of the Funeral Committee, then expressed the memorial of Mr. Abe. 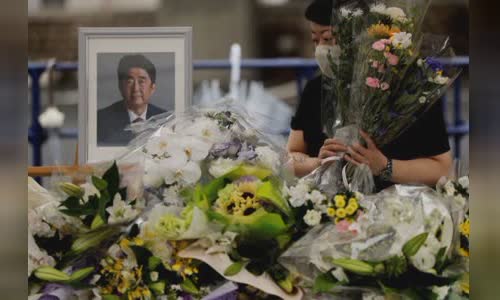 The ceremony ended with the offering of Abe's ashes and put the memorial wreath.

A resident of the flower memorial next to the picture of former Japanese Prime Minister Shinzo Abe in Tokyo on July 15.

Mr. Abe was assassinated on July 8 while speaking in the Western City of Nara.

Mr. Abe's private funeral was held at Zojoji Pagoda, Tokyo, on the morning of July 12, only with the participation of family and friends, the former Prime Minister, chaired by Lady Abe Abe.