Mr. Biden once warned that China did not violate Russian sanctions

The US president said he once warned the Chinese president about the damage to the investment environment if Beijing violated sanctions against Russia.

In an excerpt from an interview with CBS broadcast on September 18, US President Joe Biden said he told Chinese President Xi Jion Binh that violating the sanctions that the West was imposing on Russia. 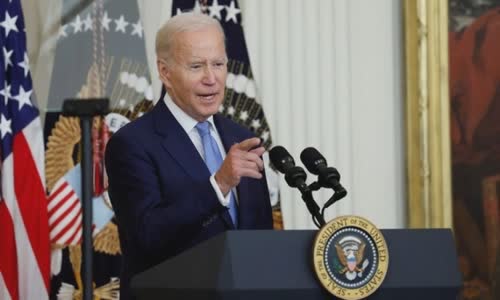 US President Joe Biden spoke at the White House on September 7.

President Biden revealed that he issued the warning during a phone call right after the Chinese President met with Russian President Vladimir Putin at the Beijing Summer Olympics on February 4.

I have talked to President Xi, not to threaten but just to tell him that if he thought that America and other countries would continue to invest in China, based on China's violations of sanctions.

The US president also rejected the view that the increasingly durable China -Russia will lead to a new type of cold war.

The Russian president and Chinese president on September 15 met in Uzbekistan, for the first time since Russia launched a special military campaign in Ukraine in late February.

At the meeting, Xi expressed that Beijing is ready to cooperate with Russia to strongly support the issues related to the core interests of each country.

The Kremlin boss also said that he understood Beijing had questions and concerns about Moscow's stance in a conflict in Ukraine, the US movement thought to be somewhat unexpected.