North Korea considers the nuclear program as a vital factor of the country and constantly developing missiles capable of reaching the American continent. 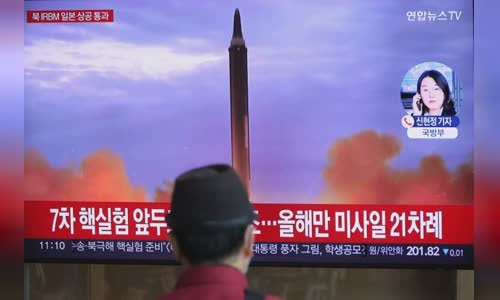 Observers are concerned that the recent series of missile launches is a sign that North Korea can soon conduct a large weapon test, to affirm its nuclear and missile capacity.

In 2003, Pyongyang withdrew from a treaty that did not disseminate nuclear weapons.

North Korea has launched a shorter missile over the past three years, but increasing the extent of weapons tests this year.

People see the news about North Korea's missile launch through Japan on October 4 at a train station in Seoul, South Korea.

The US military in July 2020 said North Korea had about 20-60 nuclear bombs and could produce 6 more bombs per year.

North Korea has not yet proven that they have the ability to attack the US by nuclear weapons, which requires developing a warhead that can withstand very high pressure and heat of the return process.

North Korea has conducted 6 nuclear tests, of which the nearest bomb was detonated in September 2017 to have the power to destroy about 100 kiloton, about 5 times higher than the atomic bomb that the US dropped to Nagasaki of Japan.

However, North Korea does not own a strategic bombardment capable of nuclear bombing.

ICBM is designed to fly into the Earth's atmosphere, then recover and plunge to the target at a speed of more than 24,000 km/h.

Hwasong-15 missiles were tested by North Korea in November 2017, capable of attacking anywhere in the US territory, according to US forces in South Korea.

Experts estimate Hwasong-15 has a range of more than 13,000 km, which can reach the US less than 30 minutes after launching. 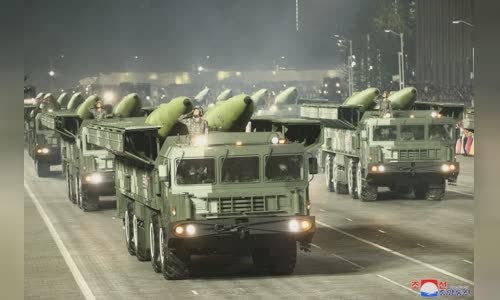 The majority of North Korea's weapons tests in recent years are to strengthen short -range missiles, most of which can carry nuclear warheads, according to experts.

Many new short -range missiles are announced the use of solid fuel, helping to increase maneuverability and shorten the deployment time.

North Korea has accelerated the development of weapons for more than a decade of Kim Jong-un's power.

Of more than 110 North Korea's nuclear and missile tests, more than 80 cases were conducted since Mr. Kim came to power by the end of 2011, according to the International Center for Strategy and Research in Washington.

The weapon in the parade to celebrate the 90th anniversary of the establishment of the Korean army in Pyongyang, April 26.

Washington has organized denuclearization negotiations with Pyongyang since the time of President George H.W.

President Donald Trump has another approach, promoting bilateral contact with Kim Jong-un to reach an agreement on denuclearization.

US -dynasty negotiations from there.

We will never declare abandoning nuclear weapons or denuclearization, nor does it accept any negotiations or negotiations to meet the other party's conditions, Mr. Kim said.