Afghanistan security volume Taliban destroyed the gunman to kidnap two entrepreneurs after the clash at the control station in Herat city. 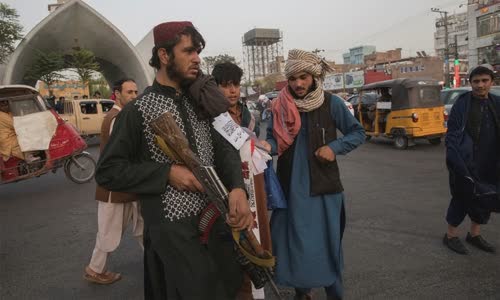 The police then blocked the roads out of the city and organized blocking.

After a few minutes of fighting, our members were injured and all four kidnappers were destroyed, Muhajir said.

Muhajir does not provide information about the fate of the kidnapped entrepreneurs.

Deputy Head of Muhajir said Taliban members then hung the body of four kidnappers on the crane in some areas in Herat city to market them.

Muhajir said a few days ago, a group of people also kidnapped a boy in Herat city.

That made us very sad because when the Taliban was in Herat, our people were still kidnapped, Muhajir said and explained that hanging the 4-kidden body kidnappers on September 25 in public places to deter

Anyone who steals, kidnapped or performs any behavior against our people will be punished, Muhajir warns.