The 'brain' Al-Qaeda was destroyed by the US

For the US government, Ayman al-zawahiri is the second leader of al-Qaeda, but this man is actually considered the brain of the terrorist organization.

Zawahiri, 71, was destroyed in a drone attack by the US Central Intelligence Agency (CIA) in Kabul, Afghanistan, over the weekend, according to US officials who were unnamed about the issue of the problem. 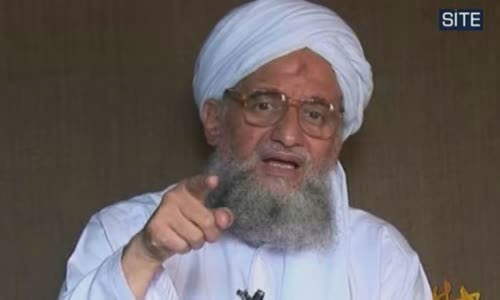 Zawahiri was once the leader of a group of Islamic warriors, pioneering in the form of indiscriminate terrorist attacks on civilians to cause maximum casualties.

Ayman al-zawahiri appeared in a video in 2009. Photo: AFP.

Zawahiri stated the view that defeating the US, the far enemy of the organization, is an essential premise for Al-Qaeda to confront the near enemy, the Western Arab governments blocking the dream of unifying the whole dream

Murder Americans and their allies, both civilians and soldiers, the obligations of each Muslim and they can do it whenever possible in every country, Zawahiri writes in a Declaration.

Although not as influenced as tycoon Osama bin Laden, Zawahiri has become the brain behind the greatest ambition of Al-Qaeda, including efforts to own nuclear and biological weapons.

In the following years, Zawahiri led al-Qaeda at the time of decline, with most of the founding leaders who were destroyed or hidden by the United States and the influence of the organization was challenged by new groups.

Zawahiri is still the locomotive of Al-Qaeda, but it is impossible to prevent this Islamic movement from disintegrating in Syria and other conflict areas after 2011. It is thought to be weak, he often hides himself, just only, only

Zawahiri is the ideological leader of Al-Qaeda, a human being more about to think rather than action, Bruce Riedel, former CIA anti-terrorist expert, adviser for 4 generations of US presidents, commented in an interview.

Two decades have passed since the 9/11 terrorist attack, Zawahiri's leadership is becoming more and more faint, especially in today's world, according to Riedel.

The way to become one of Zawahiri's world's most notorious terrorists starting from the outskirts of Cairo, where the most successful Egyptian families live.

Father Zawahiri, Mohammed Rabie Al-zawahiri, a professor of Zawahiri, the Principal of Cairhira.

In his youth, Zawahiri was a serious, talented young man.

Although political views are becoming extremist, Zawahiri still pursues his career in medicine, takes medical degrees at Cairo University and has had a short time as a military surgeon.

During this time, Zawahiri married Azza Nowair, the daughter of a rich Egyptian family, many political relations.

While working at the clinic in Cairo, Zawahiri was invited to visit refugee camps along the Afghan border - Pakistan.

At that time, Zawahiri was busy managing his Islamic group.

The large -scale suppression campaign of the Egyptian government later left Zawahiri and his hundreds of believers in jail.

During the wandering years after being released from prison, Zawahiri often came to South Asia and increasingly found more in common with Bin Laden, who came to Zawahiri as a doctor for himself. 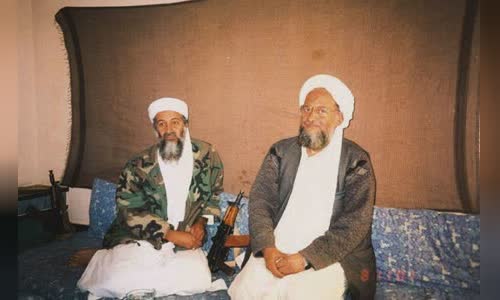 Zawahiri at least once came to the United States in the 1990s, using fake names to visit Mosque in California to raise money for Islamic charities to support Afghan refugees.

While living in Afghanistan in 1997, Zawahiri helped to plan the bloody attack on foreign tourists in the famous Luxor relic area of Egypt, killing 62 people.

The attack caused most Egyptians to be shocked, indignant, the support for Zawahiri and the Jihad group also faded.

Zawahiri was a senior adviser for Bin Laden at the time of the bombing by Al-Qaeda in 1998 against the US Embassy in Kenya and Tanzania, killing hundreds of people.

When the non -hackers who were about to carry out the terrorist were sent to train in the US cities, Zawahiri continued to be assigned to plan the next waves of terrorist attacks to weaken the United States.

US intelligence officials believe that Zawahiri's conspiracy may have succeeded, if he did not run out of time.

Osama Bin Laden (on the left) sat with Ayman al-zawahiri in an interview with a Pakistan journalist at a place that was not revealed in Afghanistan in 2001. Photo: Reuters.

Strictly hunted in Afghanistan with a wanted reward of up to $ 25 million, Zawahiri and Bin Laden fled to the Pakistan tribe area to hide.

Despite being wanted, Zawahiri often appears in videos posted on the al-Qaeda websites.

Bin Laden's death in February 2011 turned Zawahiri into Al-Qaeda's number one leader, the role that observers thought he was not entirely suitable.

After the Arab Spring rebellion movement broke out, Zawahiri sought to affirm the position of Al-Qaeda in competition with other extremist Islamic groups in Syria, Iraq and Libya.

Al-Qaeda's leading branch in Syria, the Al-Nusra Front, finally chose to give up the mother organization, refusing to recognize the relationship with al-Qaeda.

In the following decade, the factions in both groups confronted each other in terms of strategy, tactics and even basic beliefs, but rarely came to Zawahiri for guidance or resolution of paintings.

But Zawahiri did not mention the 20th anniversary of September 11 attacks, nor did he not mention Taliban taking over Afghanistan in August, a month before the video was announced.

Just like they have come from anywhere in the world to oppose us, we have to attack them strongly everywhere, Zawahiri said in the video.

In the last years of his life, when Taliban came to power in Afghanistan, Zawahiri retreated to hide at a safe home in Shirpur, center of Kabul.

After months of monitoring, the CIA discovered Zawahiri's release here and submitted a plan to destroy Biden.

On the morning of July 31, the US drone (UAV) launched two Hellfire missiles while Zawahiri walked out to the balcony of the house.