The West strives to strengthen the Ukrainian air force

The United States and its allies consider the possibility of providing pilot fighters and training for Ukraine, in order to help Kiev increase the capacity to protect the airspace.

The White House last week announced that the Pentagon was seeking to offer fighters to Ukraine, after a statement of the US Air Force that they were considering training Ukrainian pilots to protect airspace by Western fighter. 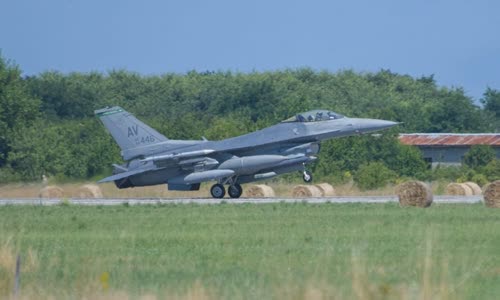 In the early stages of conflict, Ukraine was provided with shoulder -to -shoulder anti -aircraft missiles, which was considered a safe choice for the West, Czech Republic of Jan Lipavsky.

Analysts believe that Ukraine's resilient resistance in recent months has contributed to changing the Western position of weapons provided to this country.

Before Russia launched a campaign in late February, the Ukrainian army used mainly Soviet -made weapons and equipment.

As the war lasted, the West continued to improve the criteria for the damage of weapons to meet the needs of Ukraine forces on the battlefield.

The US F-16 fighter at the Graf Ignatievo Air Base, Bulgaria in July 2021.

If the US and its allies transferred to Ukraine all kinds of NATO fighters such as F-15 or F-16, this will be a big step, helping Ukraine no longer depend on the Russian-made systems as on the injection.

Many US MPs have called for strengthening support for air defense systems for Ukraine.

In the Senate, the legislators in both parties called on Defense Minister Lloyd Austin and General Mark Milley, Chairman of the US Coalition Chief of Staff, consider providing more advanced fighters and

If we don't start now, Ukraine's best pilots may be killed on the battlefield, Senator Dan Sullivan said.

The US parliament members say that the training process shifts to the US -made fighter, even though with the most experienced Ukrainian pilots, it will take months, especially during wartime. 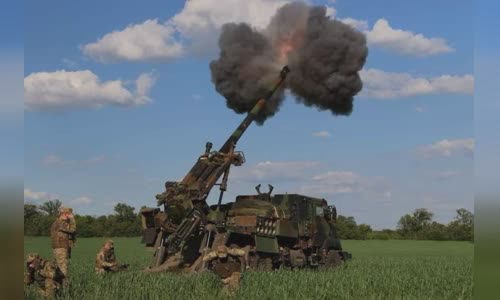 According to them, the intermediate step in this process is to provide additional Ukraine the Soviet -style fighter lines that the pilot of this country used to use.

More modern fighters can help Ukraine ambush deep into the rear of the Russian route and support the air fire for the infantry, especially in the large plains in the southern Kherson and Zaporizhzhia that Kiev announced that

American parliamentarians Mike Quig Zerty, who recently met with Ukrainian President Volodymyr Zelensky in Kiev, said that the most interested weapons of Ukraine today are the further missile system, because Kiev is preparing for the counterattack in the domain.

However, Mr. Quigley, member of the House Intelligence Committee, said that the proposal to provide fighter jets for Ukraine once again received much attention.

In March, after Poland proposed to transfer MiG-29 to Ukraine through the US Air Force base in Germany, the Pentagon refused to propose, when concerned that it was at risk of escalating.

Intelligence evaluation then applied only to Polish MiG-29.

The Ukrainian army used self -propelled firecrackers provided by French on June 8.

Cedric Leighton, a retired Air Force Colonel and President of Cedric Leighton Associates, said Western Western concerns in the early days after the conflict broke out as Russia would win against the battle.

But this scenario is now less likely to occur.

People used to think it would be a disaster, but now they seriously do it.