Biden was a very rich diplomatic experience, but for 4 years he was absent from Trump, the world changed a lot.

US President Joe Biden long shows that he always wants to build relationships, not only with Democratic or Republicans in the country, but also with allies and partners worldwide, 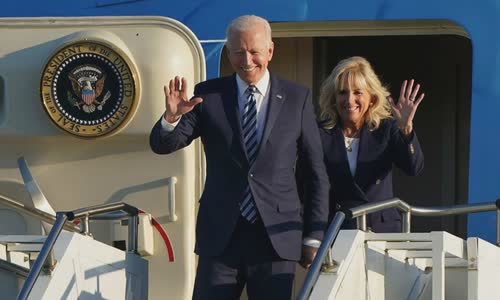 The tour began with the first meeting on June 9 with British Prime Minister Boris Johnson, one of the close allies with the United States, and ended after 6 days by meeting Russian President Vladimir Putin, one

US President Joe Biden and his wife landed on the airport inside the RAF Mildenhall military base, England, on June 9.

Throughout the journey, we will clarify that America has returned, Biden told American soldiers stationed at RAF Mildenhall, a British military base, not long after he landed into the country

Biden is one of the most experienced US presidents in foreign affairs.

At each stop during the trip this week, from his Carbis Bay to Brussels or Geneva, President Biden will find a way to take advantage of its personal relationship with world leaders to re-establish American positions

He is always ready for the past 50 years, the White House press secretary Jen Psaki said.

However, the US President may also face limitations of personal diplomacy.

In addition, diplomats believe that President Biden's personal attraction is not enough to move other leaders.

Most leaders that President Biden met in Europe, would probably feel grateful when the US returned to the foreign policy easier to guess than Trump, except Russian President Putin.

While Biden spoke before the soldiers in Mildenhall on June 9, Russia ordered the ban on the opposition movement due to the opposition by Alexei Navalny.

In addition to attending G7 sessions during the next 4-day visit to England, Biden will meet Prime Minister Johnson, visit Queen Elizabeth II in Windsor Castle.

However, the meeting on June 16 with Russian President Putin in Switzerland was considered many diplomats considered the main event.

President Biden spoke before American soldiers stationed at RAF Mildenhall base on June 9.

The main goal of the meeting is to show a clear difference in American approach to Russia, experts said.

Joe Biden did not meet Vladimir Putin despite the difference between the two countries.

According to observers, the tour is also an opportunity for Biden President to check the impact of the American slogan back.

Biden brought the US to rejoin the Paris Climate Agreement and conducted negotiations to restore the Iranian Nuclear Agreement. 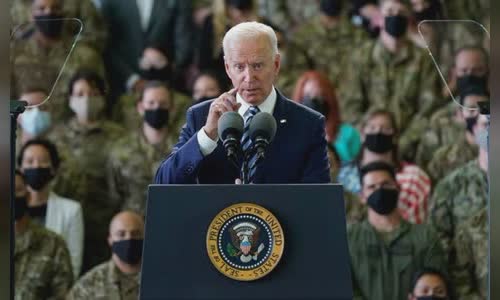 With the current American political context, some diplomats rated President Biden will not be free to act in some areas.

He knows the problem, knowing everyone and he is very enthusiastic.

The G7 meeting will focus on economic recovery and increasing pressure on rich countries like the US and UK in providing Vaccine Covid-19 for poorer countries.

Because of the pandemic, the G7 meeting with him, Canada, France, Japan, Germany and Italy will be the first chance for Biden President to meet the most close allies of America.

During his term, Trump caught the two G7 conferences in Canada and France for the US trade agenda first with his hostile attitude with even with allies.

This meeting was predicted to be quieter, even boring, when Biden came to attend with the focus on re-establishing an atmosphere of cooperation and a easy approach to guessing.

The past 4 years are really not easy, a European official said, adding that his government is currently unable to find any problems they disagree with the United States, which is even unlikely

While there are still some worries about issues such as tariffs and the US withdrawal from Afghanistan, this official said that the general sensory is now us (USA and Europe) can actually build the foundation

Trump usually shows that the attitude is clearly evident NATO, saying that the coalition members have taken advantage of the US and do not contribute to the defense budget for the matching block with Washington.

It is important that President Biden has a strong personal commitment to NATO, I feel that, NATO Secretary-General Jens Stoltenberg said in an interview.

Biden and Stoltenberg on June 7 met in Washington.

However, Biden still needs to soothe the damage of partners in NATO, who feels surpassed by the US decided to withdraw from Afghanistan.

European allies misunderstood about the unmatched announcement of the Biden administration, Constanze Stelzenmuller, scholar in the center of America and Europe of Brookings Institute, commenting.

A major audience is our people, Europeans and Americans, he said.

The second audience, according to Lambrinidis, is all leaders in the world.