The message Mr. Xi can play after the Bac Doi Ha Conference 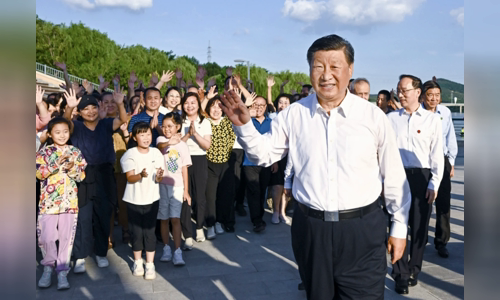 The trips of the Chinese senior leaders are resumed for the process of building a policy and strategic planning for China at the Bac Doi Ha Conference, according to the commentator Rebecca

They also took place before Chinese leaders expected to meet in Beijing later this month to discuss the most urgent issues with the situation and the future of the country, in order to prepare for the National Congress of the Communist Party.

According to observers, Xi's visit to Liaoning, a key industrial region in the Northeast, at this time, the message that Chinese leaders will focus on the goal of modernizing the country,

While the business trip of Prime Minister Ly Khac Cuong to Shenzhen focused on the economy, Xi's activities in Liaoning, the locality, was considered to show signs of gradually lagging compared to other coastal areas.

The 1948 campaign in Liaoning - Tham Duong was one of the three largest campaigns of the Liberation Army in the late civil war, lasting more than a month with the participation of hundreds of thousands of people.

Lieu victory - Tham helped the Liberation Army first won the strategic advantage of the army against the Nationalist Party.

Chinese leaders also visited a forest reserve and exchanged with local people about the goal of modernizing the country.

The last two times, Mr. Xi Ki, Liaoning, is in 2013 and 2018. During two business trips, he constantly emphasized the importance of state economic reform and promoted creativity and modern management. 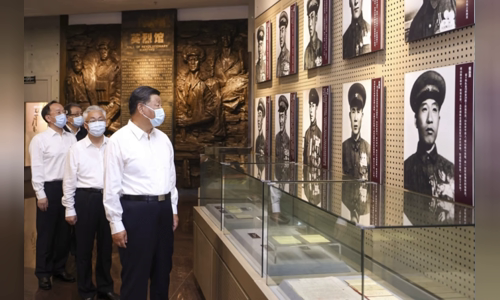 The message Mr. Xi broadcast from Liaoning, combined with Mr. Ly's visit to Shenzhen, showed macroeconomic stability and focused on developing even towards the goal of common prosperity is the most important content.

Beijing has not yet set the date of organizing the National Party Congress.

China is facing many difficulties, when the economic growth is forecasted to slow down, the situation of Covid-19 is still complicated, while tensions with the US related to Taiwan continue to increase.

Retail sales, industrial output and China's investment value have leveled off in the past month.

Some major international investment banks have adjusted the forecast of China's economic growth this year to 3%, much lower than the 5.5% figure set by the Chinese government.

Therefore, the visit to Liaoning seems to be an opportunity for Mr. Xi to call on people to continue to believe in the executive line that Beijing has outlined, Wilkins said.

Xi's message during the visit and emphasized the Government's instructions for maintaining stability, controlling pandemic, economic and social development should be absolutely followed.

China needs to be determined to self -reliance, to develop the country and people as the basis of national strength, steadfastly developing, Mr. Xi emphasized.

Biden's statement that US GDP this year could grow faster than China that shocked in Beijing.

Hope to shake hands with Europe to counteract America, China now push the continent further with its fierce foreign affairs.