The US military struggled to recruit troops

The American Army announced that the recruiting goal of the 2222 fiscal year, lacking 25%, is 15,000 soldiers.

In the fiscal year of 2022, the most difficult year of the army since the implementation of the form of volunteer enlistment, we only achieved 75% of the target of 60,000 soldiers and US Military Minister Christine Wormuth. 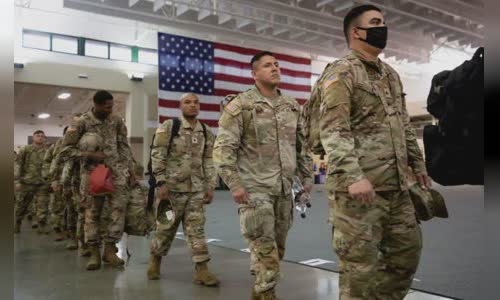 Other troops of the US armed forces such as air force, navy and marines reach the goal of recruitment, but must also count the enlistments on the postponed area (the rookie is committed to enlisting in the first round.

Mrs. Wormuth added that if the US Army continued to have difficulty in recruiting, this force would have to rely on the national guards and the reserve soldiers to strengthen the force in the army.

American soldiers in Savannah, Georgia on 11/3.

The US military is concerned that the number of enlistments will continue to drop sharply in the coming years.

In the US, the fiscal year began on October 1 of a year and ended on September 30 of the next year.

Corporations such as McDonald's fast food firm began launching preferential regimes such as tuition allowance, similar to the military privilege used to attract rookies for many years.

One factor that makes the recruitment more difficult is an estimated 23% of young people in the US to meet the military standards, many people are not eligible for factors such as health issues and criminal records.

We are still committed to maintaining our standards, investing in young American people and attaching importance to quality more, James McConville, Chief of Staff of the US Army, affirmed.

The sailor of the aircraft carrier USS Nimitz accused the superior level to hide the seriousness of the petrol water on the battleship.