President Erdogan wants Turkey to join the Shanghai and European Cooperation organization with the presence of Russia and China.

The relationship between us and the countries here will turn into a very different position with the upcoming step, Turkish President Recep Tayyip Erdogan told reporters on September 17 after attending the Summit of the Group Summit 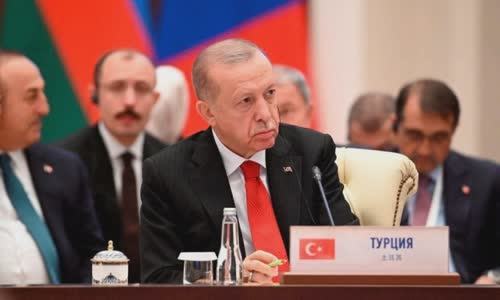 Of course, that is our goal, Mr. Erdogan said that when asked whether this means Ankara will join SCO.

President Erdogan at the SCO leadership meeting in Uzbekistan on September 16.

President Erdogan announced that he had reached an agreement to resolve disagreements about the nuclear factory being built in Akkuyu, southern Turkey, after a bilateral meeting with Russian President Vladimir Putin on the sidelines of the conference.

SCO was established in 2001, as a political, economic and security organization of 9 members, Russia, China, India, Iran, Kazakhstan, Kyrgyzstan, Pakistan, Tajikistan and Uzbekistan.

Afghanistan, Belarus and Mongolia are observers, while Azerbaijan and Turkmenistan also attended as guests or dialogue partners.

The 22nd SCO summit in Uzbekistan was also the first time the leadership of member countries had gathered after Russia launched a military campaign in Ukraine.

Xi called on SCO members to reshape international order in a more reasonable direction and invite them to participate in China's global security initiative.