Ukraine has launched a significant export of electricity to the territory of the European Union (EU). 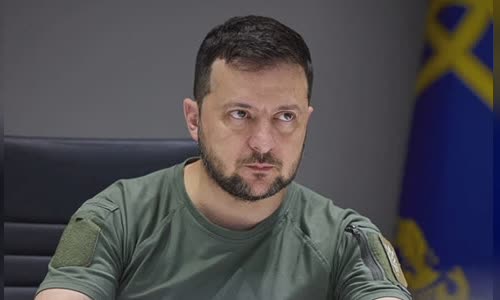 Ukrainian President Zelensky spoke through the video at the NATO summit on June 29.

Some European countries, including Italy and Germany, depend a lot on Russian gas for domestic energy needs.

A significant part of Russian gas that Europeans consumes can be replaced.

Ukraine's power grid was connected to the European network in mid -March, helping Kiev maintain continuous supply for the EU despite the outbreak.

The head of the European Commission Ursula Von Der Leyen posted Twitter that Ukraine would provide an additional power to the EU and create a very necessary revenue for Kiev.

To oppose Russia to open a military campaign in Ukraine in late February, the EU strongly supported Kiev by providing weapons and giving candidates so that the country begins to be a member of the bloc.

After the series of EU sanctions imposed on Moscow, the gas flow in pipes from Russia to Western Europe has recently dropped sharply, causing high energy prices to rise.

The EU expects the ban on oil to hit the Russian economy, but the move will threaten to push oil prices up and change the global energy order.

Oil is a major Russian foreign currency revenue, but Moscow now faces the question they can find new customers when Europe turns away.