At the meeting with President Ferdinand Marcos Jr. 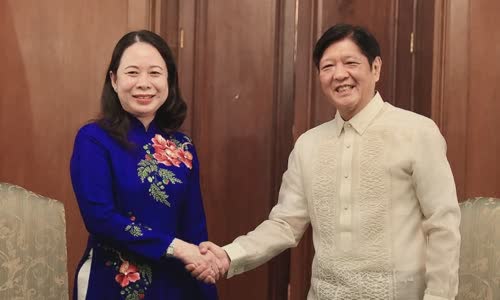 President Marcos expressed his thanks to the Vice President and the Vietnamese delegation to the Philippines to attend his inauguration ceremony on June 30.

Mr. Marcos assessed the situation of regional and international complicated, negative impact on the region and many issues such as energy and food.

Marcos, 64, has won overwhelming victory in the election in May. The new president announced that he would curb inflation, promote growth and prioritize increasing food production.

When his father's government was overthrown, Ferdinand Marcos Jr.

The First Filipino Lady Araneta-Marcos confirmed that she was not interested in joining her husband's government, but she was always Mr. Marcos Jr.