In modern Singapore society, it is difficult to recognize people with royal blood because they look normal and only do common jobs.

They were descended from a 19th century king who ceded control of the island to England.

"Do they still exist?"

Shawal is one of the very few Singaporeans to have a name that contains the honorific Tengku, meaning "prince" or "princess" in Malay, and is related to the Sultan.

Until the early 21st century, some of them still lived in ancestral homes, a crowded, dilapidated palace, before being expelled by the Singaporean government that wanted to turn their ancestral palace into one.

The government at the time said 79 descendants, of which 14 were living in the palace, were offered to pay the benefits as part of a colonial agreement to provide for the Sultan's family members.

The names of legitimate beneficiaries were not made public, making it difficult to verify royal identity.

The Singapore government, which has run the country continuously since the establishment of the independent state in 1965, says all but one payment has been made but cannot share more details about the beneficiaries. 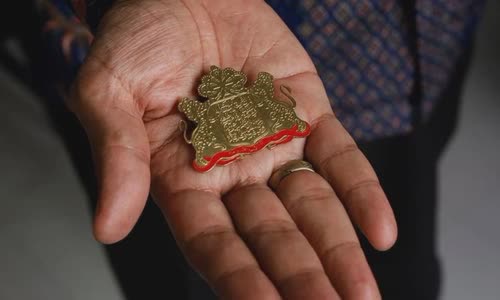 A replica of a royal crest that Tengku Shawal made himself to wear Photo: Reuters.

Shawal owns documents from the government that identify him as the beneficiary of the Sultan family member grant.

Despite his own challenges such as reduced income and his logistic work at risk of cessation due to the Covid-19 pandemic, Shawal has devoted himself to keeping the royal legacy alive,

But gaining broader recognition is a big challenge.

Indra was described as the lifelong grandson of Sultan Hussein in an article by a heritage organization affiliated with the government Friends of the Museums Singapore last year.

According to Azan, generations to come will no longer care much about the history of the Sultan.

For other former palace residents, life in the outside world was an awakening. 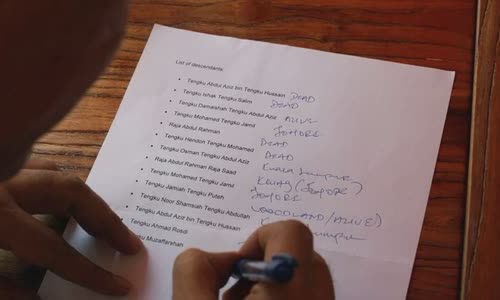 Tengku Shawal wrote a note beside the list of Sultan descendants Photo: Reuters.

Tengku Faizal, 43, said he left the palace in 1999, took up a job as a janitor for an apartment building and was often taunted as "the prince of garbage disposal".

He is currently a taxi driver but life is very difficult and has to receive financial support to cover the costs of raising children.

"We're not smart, we're not rich," Faizal said in English.

In neighboring Malaysia, a constitutional monarchy, where the sultans still play an active role in community life, names containing honorifics are much more common.

Of the seven descendants of the Sultan interviewed by Reuters, Shawal is the most eager for the royal legacy.

But now 27 years old and working for a biotech company, Princess Puteri has regained the Tengku title.

"Some part of me feels sad because I have to explain who I am, but when they see Prince Harry, they immediately know he is a prince," she said, referring to the Queen's famous nephew.