The reason US pilots lost to artificial intelligence

The virtual pilot can make the most of the fighter's tactical features, constantly learning to knock down the human pilot. 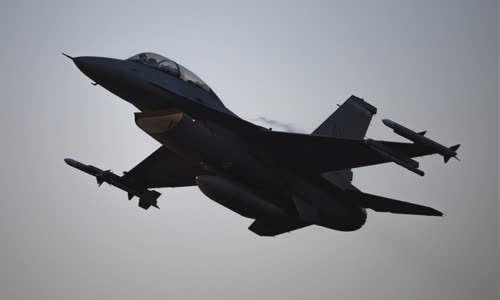 American F-16 fighter on duty in Britain on 9/9 Photo: USAF

The AI-controlled fighter quickly took down the Banger-led F-16 in the first four battles.

According to military expert Sebastien Roblin, the AI pilot exceeded the human limit in testing by repeatedly launching a precise attack in a very short time.

Humans can exploit the limitations of AI like the way Banger deals with computers in the final match.

The focus of the test is on close-range artillery combat, which prevents organizers from challenging AI on complex tasks like using long-range sensors and rockets.

According to Roblin, dependence on AI also carries risks.

The main trend in the military today is to use manned fighters to coordinate AI-equipped UAVs in specific, risky tasks such as swarm attacks and suppression of enemy air defense systems.

The automatic war machines of the future also raise moral concerns when they do not have emotions like humans.

"The Alpha Dogfight test shows that AI outperforms humans when it comes to fast and accurate computation in a competition with clear rules.