Trump mistakenly called Macron's title when he spoke at a rally in Michigan about withdrawing from some international agreements.

At an event on October 17, Trump talked about the old NAFTA trade agreement with Canada and Mexico, which he once called a bad deal for the US and asked for the two countries to renegotiate. 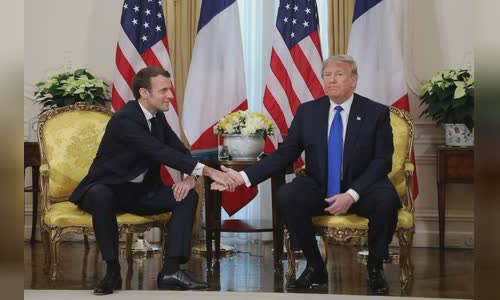 Trump voiced his doubts about global warming and pulled the US out of that deal in 2017, saying it lost American jobs.

"And do you know what else I blocked? The Paris Agreement on Climate Change," Trump told an audience in Michigan.

"I saved you trillions of dollars, no one else can do that. I said it was a disaster, basically they wanted to take our wealth."

Trump had a good personal relationship with Macron, the French President invited him to the parade in Paris in 2017 and dine at the Eiffel Tower.