Harry and his wife may not attend Quoc Yen

Harry - Meghan is said to not invite Quoc Yen at the Buckingham Palace on September 18 because he no longer performs the royal obligations. 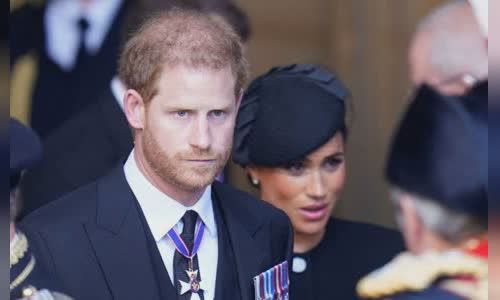 However, sources close to Harry - Meghan were confused when the palace official later confirmed that the two were not invited and expected not to be in the country.

Harry and his wife left the Westminster hall on September 16.

They emphasized the event only for members who are fulfilling the British royal obligations, as well as the leadership of the world and the foreign royal family.

US President Joe Biden, French President Emmanuel Macron and many heads of state, will be welcomed to London at the nation at the evening of the burial day of Queen Elizabeth II.

Many British newspapers praised the first reunion for two years between the family of William and Harry, a sign for the conciliation after the Queen died.

Harry expressed his grief when Queen Elizabeth II died, describing his grandmother as a guideline and would appreciate her memories.