Hungarian soulmate - Poland is cold because of Ukraine conflict

Polish and Hungarian nationalist governments used to be very attached, but became cold because of disagreements in Ukraine conflict.

In December 2021, government leaders under the Polish Conservative nationalist welcomed some of the most prominent politicians in Europe, including Hungarian Prime Minister Viktor Orban. 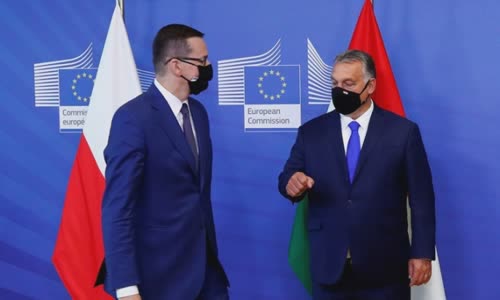 After the conference in Warsaw, the leaders of leaders declared against the effort to create a new European country and made commitments to strengthen cooperation together in the European Parliament.

Just a few months after the Warsaw Summit, the Polish and Hungarian governments, the two countries were like a soulmate about the ideology in the European Union (EU) for many years, have turned away from each other because of the Russian conflict -

While Poland is one of the countries that support Ukraine's enthusiasm, calling for a tougher punishment with Russia, the Hungarian leader called President Volodymyr Zelensky as his opponent and blamed the EU causing abuse.

Backstage, Polish diplomats did not hesitate to express their disappointment about Hungary.

To be honest, I could not understand the logic in Hungary's stance, a high -ranking Polish diplomat.

Poland recently tried his efforts to hold the olive branch with Hungary and resumed cooperation with the country, but did not achieve results.

Polish Prime Minister Mateusz Morawiecki last month said that the country hoped to return to cooperation within the Visegrad group, in order to reopen the door to improve relations with Hungary.

Wojciech Przybylski, an editor of Visegrad Insight, said Morawiecki was probably trying to explore Polish public opinion, but before the election in 2023, he could not ignore the Russian tendency of some main people's ownership.

According to Przybylski, Polish leaders want to reform and cooperate with Prime Minister Orban, but they cannot do so Polish voters have lost their sympathy with Hungarian leaders since the conflict of Ukraine exploded.

A poll organized by Yougov, based in the UK, has recently shown a difference in public opinion of the two countries for the Russian -Ukrainian conflict.

Poland considered the Russian - Ukrainian conflict as a security issue, but the Hungarian government did not really think so, Zsuzsanna Vegh, expert at the European Council for foreign relations, commented.

After many cold months, Hungary is also trying to heal with neighboring countries.

Contrary to the declaration of the dead group Visegrad, Slovakia last week held a conference that brings together 4 countries in the group to discuss regional security and energy crisis.

But at a press conference after the event, President Slovakiaa Caputova pointed out the inconsistent view of the Visegrad group on military aid to Ukraine.

Polish - Hungarian cracks are only the latest signs that show the increasing difference between the Central European quartet, observers.

But despite the differences in the conflict in Ukraine, Poland and Hungary still shared their views on the rule of law as well as the role of the EU institutions.

Last month, the PIS Party MPs, along with other nationalist parties, voted against a resolution of the European National Assembly criticizing the election regime in Hungary.

The intimacy of the ideology between Polish and Hungary ruling parties can bring them a common agenda as they continue the so -called battle against Brussels, Vegh said.

However, he said that when the war in Ukraine continued, the difference in policy with Russia was creating a barrier for the opportunity to make a harmony between Poland and Hungary.

Hungary argues that EU sanctions cause energy crisis and want the Union to not apply additional measures to the Russian supply.

The Chairman of the Hungarian Parliament Kover said the EU was serious economic and political damage when dealing with Ukraine and lost in this conflict.