Biden said that the Russian president was extremely difficult in the war of Ukraine and had no choice, in addition to forcing the civilians to agree.

It seems that the existing tool of Russian President Vladimir Putin is aggressive for each Ukrainian citizen, trying to threaten them to surrender. 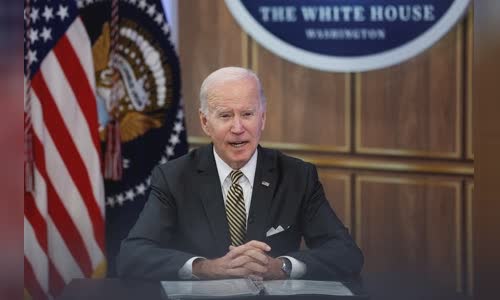 Russia has not responded to this statement of the US President.

US President Joe Biden at the White House on October 19.

Mr. Biden's comment was given a few hours after Russian President Putin declared military law in four provinces merging from Ukraine, including Donetsk, Lugansk, Kherson and Zaporizhzhia since October 20.

A senior American official said that Washington was not surprised at Putin's decree.

According to Russian law, military law enhances the army, has a curfew, restricted movement, censorship and supervision of foreign citizens.

Putin's move takes place in the context of Ukrainian forces going deep into the Russian military -controlled areas for months.

This does not cause any changes to Ukraine: We continue to liberate our territories, Podolyak posted on Twitter. 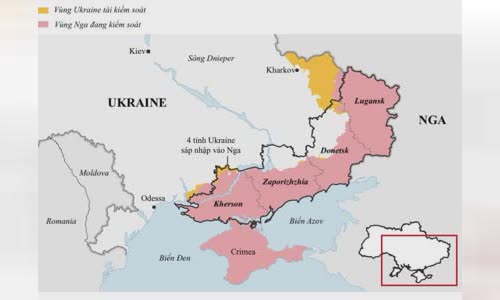 Ukrainian President Volodymyr Zelensky said that the issue of martial law means Russia finally admitted that they participated in a war, the Kremlin denied that in 8 months when mentioning the war in Ukraine was a special military campaign.

Russia brought war to our land and now issued the official decree of the war, Zelensky said.

President Lukashenko had a military and political reason to not send the Belarus army to fight in Ukraine, despite announcing a coordination force with Russia.