The German president canceled the visit to Kiev

The German President's Office said President Frank-Walter Steinmeier canceled the visit to Kiev on October 20 after the security officials, the Ministry of Home Affairs and the German Ministry of Foreign Affairs recommend that he should not come to Ukraine for security reasons. 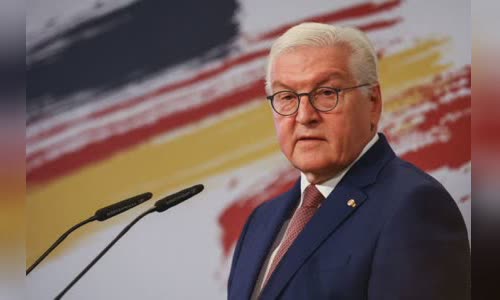 The Bild newspaper said the decision to cancel Kiev was made on October 18.

In Germany, the president mainly plays a ritual role, while the Prime Minister ranks first and makes important decisions.

Mr. Steinmeier had a plan to visit Kiev in April but Ukraine announced not to welcome.

President Steinmeier later admitted that he had a mistake of soft stance with Russia, especially when he supported the Nord Stream gas pipeline project.

Many big explosions were still recorded in Kiev on October 19.

The Russian Defense Ministry confirmed that the country continued to use the exact weapon to raid the military targets and energy infrastructure in Ukraine, but did not specify the type of weapon used.

President of German National Cyber Security Agency Arne Schoenbohm was suspected of having a relationship with Russian intelligence, causing the German Ministry of Home Affairs to dismiss him.

Mayor Kiev Klitschko said some Russian Rocket was shot down, while witnesses said there was a loud explosion in the center of the capital.

Russia increased the raid of Ukraine energy infrastructure, causing widespread power outages, which could cause the people of the country to face the harsh cold of winter.