Mr. Putin can wait for the West to exhausted in the Ukraine battlefield

Instead of early ending in Ukraine, Putin seemed to want to prolong the fight, waiting for the time when the West was tired with Kiev. 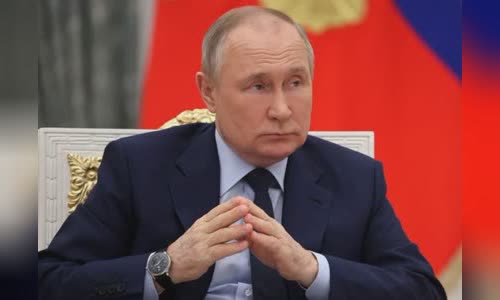 NATO Secretary General Jens Stoltenberg said the war could last for months, even for many years.

However, observers do not exclude the possibility of the West gradually tired of Russia's military campaign and reduce Ukraine's support, as these countries struggle to deal with growing difficulties in the country.

The prospect of diplomatic solutions for conflict becomes obscure, when President Putin does not seem to need them.

Russian President Vladimir Putin attended the meeting of the Russian Supervisory Commission in Moscow on April 20.

After the defeat in the first phase of the campaign in northern Ukraine, the Russian forces applied the new tactics: taking advantage of the overwhelming artillery fire at smaller targets, allowing their army to progress slowly and firmly.

This tactic is consistent with Putin's calculation, at least at this time.

With that tactics, Russian leaders are simply waiting for the West to be discouraged.

President Putin believes that the West will become exhausted, an unnamed Russian billionaire once shared with the Washington Post.

Russian leaders also believe that sanctions that the West, especially the European Union (EU), imposed with Russia will backfire, leading to the domestic cost of these countries increases and urges.

The EU people are feeling more than us more than us, spokesman Kremlin Dmitry Peskov said. 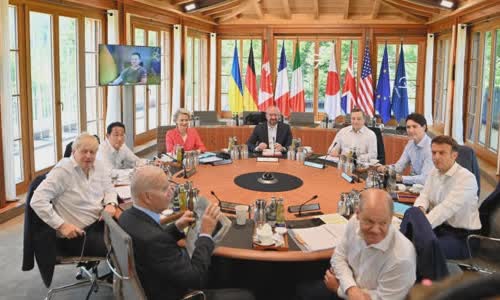 The Russian billionaire also added that Putin believed the chance of success in Ukraine only increased if the war lasted.

Obviously Russia wants to exhaust the West and now pursue its own strategy.

Ukrainian President Zelensky was deeply aware of this and was concerned that Russia could take advantage of the Western fatigue to force Kiev to compromise.

That is why he always maintained pressure on European countries to ensure their commitment was associated with action.

While Western leaders claims how much they are doing to help Ukraine, the fact that they are cautiously watching Kiev fight with a great power, expert Matthew Sussex said.

Ukrainian President Zelensky appeared on the screen in a video meeting with G7 leaders, European Union in Germany this week.

Observers also believe that not only leaders, many Westerners are also difficult to accept the price too high to help Ukraine forever.

When the conflict lasts and the reverse effects of the sanctions deepen the price crisis, the division in the West will increase and the fatigue with Ukraine will form, Brahma Chellaney, analyst.

Analysts added that Putin has an advantage when faced with less domestic pressure than Western rivals if the conflict lasts.

With a large revenue from oil and gas, the Russian economy will face much less serious recession than Ukraine.