Nancy Pelosi landed by US House of Representatives landed to Taiwan's airport tonight, despite harsh warnings from China.

US House of Representatives Nancy Pelosi went to Tung Son airport Taipei at 21h45 tonight, after 6 hours since she left Kuala Lumpur, Malaysia. 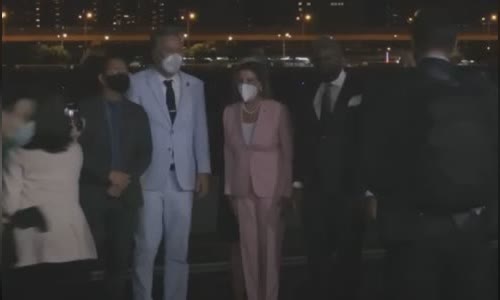 Welcoming Ms. Pelosi at the airport is the leader of Taiwan Foreign Agency Joseph Wu.

Our visit to Taiwan expresses US commitment to support the island's democracy.

The solidarity of the US with 23 million Taiwanese people is now more important than ever, she added.

Ms. Pelosi (pink shirt) after getting off the plane at Tung Son Taipei airport.

Shortly thereafter, the Ministry of Foreign Affairs of China issued a statement against and condemned Ms. Pelosi's visit to Taiwan, saying that this action seriously violated the principle of one China and the terms of the three joint statements.

The agency said that the visit was seriously impacted to the political foundation in the Central - US relations, destroying peace and stability on the Taiwan strait and sending serious wrong signals to the separatist forces demanding.

These moves are like joking with fire and extremely dangerous.

The Chinese Ministry of Defense said that the country's military has been placed on a high alarm and will conduct targeted military activities to deal with Pelosi's visit to Taiwan.

The Eastern China War Zone Command confirmed that it would conduct military activities to coordinate around Taiwan tonight, but did not provide additional details.

Meanwhile, Xinhua announced that the Chinese military would conduct real bullets in 6 areas around Taiwan from August 4 to August 7. 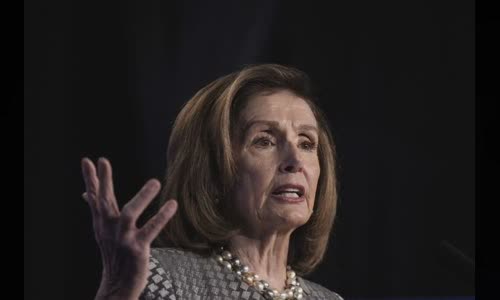 The White House and the Pentagon has not commented on information.

Chinese media said that while Pelosi carried the island of Taiwan from the East, a Chinese Su-35 fighter appeared in Taiwan's strait, located in the west of the island.

The Japanese NHK reported that before Pelosi's special forces approached Taiwan, 5 US KC-135 oil aircraft took off from Kadena to the south, followed by 8 F-15 fighters.

This is the first visit of a US House of Representatives to the island after 25 years.

The visit is within the framework of the Asian tour of the US House of Representatives and the National Assembly delegation with 4 destinations including Singapore, Malaysia, Japan and South Korea.

US House of Representatives Nancy Pelosi attended a conference in Washington on April 5.

China previously announced that Pelosi's visit to Taiwan was a reckless, provocative act and Washington would have to pay the price.

However, at the press conference on July 21, Pelosi said it was important that we had to show support to Taiwan.

China's tough message at Shangri-La dialogue and the Ukraine crisis made many Taiwanese people worry about the risk of conflict broke out in the strait.