On the 159th day of war: Russia said a large number of Ukrainian soldiers erected

The Mechanical Brigade No. 93 in the direction of Kharkov and the Shocking Brigade No. 128 in Zaporizhzhia suffered great and unable to compensate, causing a large number of soldiers of these two units 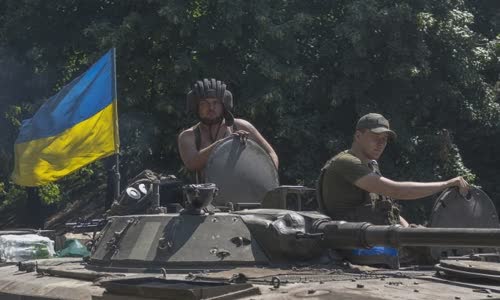 The Russian forces also destroyed two bullets near Seversk and Kaleniki in the eastern province of Donetsk, a center of fuel supply of Ukrainian army near Nikopol city in Central Province Dnipro.

Ukraine has not commented on the information of the Russian Ministry of Defense.

Ukrainian Defense Minister Oleksii Reznikov on the same day announced that the country has received 4 more Himars systems from the US, and a German Mars II jet combination.

Anton Gerashchenko, an adviser of the Ukrainian Interior Minister, declared the Himars artillery attacks in the past two days, destroyed the train more than 40 cars carrying human resources, equipment and ammunition from Crimea to the station in the province in the province.

The Russian military has not commented on this information.

Ukrainian soldiers on armored vehicles in the Eastern battlefield on July 31.

He said that Russia could abandon the goal of creating breakthroughs in Donbass and sent the force to strengthen the southern Ukraine region, saying the Russian force continued to attack along Bakhmut axis, north of Donetsk province, but with 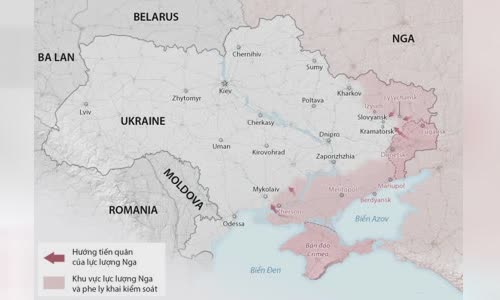 Russia is likely to adjust the attack tactics in Donbass, after not reaching any decisive breakthrough according to the plan they have made since April, the British Defense Ministry said in the situation report.

According to the British Ministry of Defense, Russia no longer puts power to the Eastern battle line, but is re -distributing significant forces from northern Donbass to southern Ukraine.

The Razoni flag Sierra Leone flag on August 1, carrying 26,000 tons of corn leaving Odessa port, marking the first cereal tract to leave the city since Russia and Ukraine signed an agreement backed by the United Nations and Turkey in Turkey.

Turkish Defense Minister Hulusi Akar said the Razoni is expected to anchor off Istanbul to check at about 12 hours of GMT on August 2.

More than 20 million tons of wheat and Ukrainian cereals are trapped in towers containing the black sea.

Russia was accused of continuously attacking missiles into the port city of Mykolaiv, southern Ukraine, after Moscow accused Kiev raid the Black Sea Fleet base.

Russia announced a high precision weapon to destroy the forces of the Ukrainian presidential brigade and many special forces.